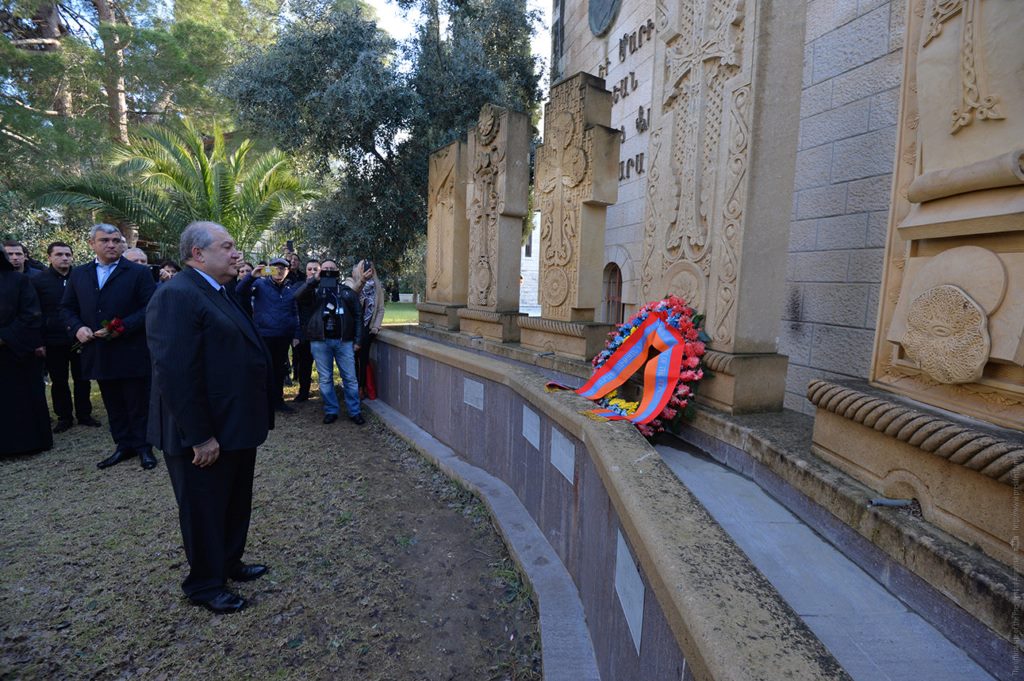 (Armradio)- There is no reason why the Israeli Parliament will not recognize the Armenian Genocide, Armenian President Armen Sarkissian said in an interview with Israel’s public broadcaster.

“There is one simple thing. If the reason is the current political interests, current political relations, then I’m very sad, because the lessons of Holocaust and Genocide are teaching us that there is nothing that you can compromise in allowing things like that happen,” President Sarkissian said.

Asked whether he is disappointed by the fact that Israel is yet to recognize the Armenian Genocide, the President said “I am one of those politicians, who never lose optimism.”

“I’m looking forward to the deepening of relations with Israel. There is so much we can share. We are both small states, but big nations, nations that have a huge culture. History of humanity, especially the history of the 20th century, has so many pessimistic events like the Armenian genocide and the Holocaust. I think enough is enough. We should be more optimistic. We should work together and I’m waiting for the day when not only all of my Jewish friends, but also the Jewish Government will recognize the Genocide,” President Sarkissian stated.