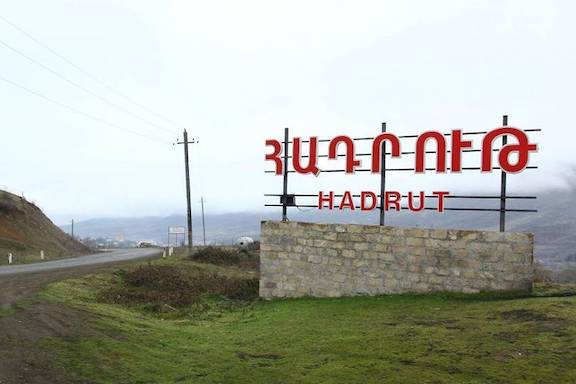 The fate of more than 70 Artsakh Armed Forces soldiers is unknown after Azerbaijani forces continue an armed standoff in Artsakh’s Hadrut district, which began late last week when they attacked the Hin Tagher and Khtsaberd villages in an effort to seize them.

Artsakh President Arayik Harutyunyan on Wednesday, in an address to the nation, confirmed that “several doze” Artsakh soldiers were taken captive by Azerbaijani soldiers around the Khtsaberd village. He also said that the Artsakh Defense ministry was attempting to “clarify” all circumstances.

Harutyunyan also revealed that Azerbaijani forces continued their “provocations” around the Hin Shen village near Shushi, as well as Berdadzor, another village near the area. both villages are under Armenian control following the November 9 agreement that ended the war, but saw the forces surrender of Artsakh territories to Azerbaijan, including Shushi.

Azerbaijani forces attacked Hadrut’s Hin Tager and Khtsaberd villages late Friday and into Saturday, when Russian peacekeeping forces, which were not stationed at the line of contact, arrived and attempted to quell the situation.

While military skirmishes ended and the Russian peacekeepers claimed to have control of the villages, it appears that the Azerbaijani forces have occupied the Hin Tagher village and have not retreated to their positions behind the line of contact.

Footage aired over social media networks by Azerbaijan late on Tuesday, showed dozens of Armenian servicemen being hauled off by Azerbaijani soldiers, creating panic and confusion both in Artsakh and Armenia.

On Wednesday, Armenia’s Defense Ministry confirmed the veracity of the reports and well as the video’s authenticity. The Chief of Staff of Armenia’s Armed Forces, Colonel-General Onik Gasparyan, went to Artsakh to investigate and to take necessary action.

Artsakh authorities also reported on Wednesday that communications links with the soldiers in Khtsabert village was lost.

The Ministry of Defense of Artsakh announced in a statement that Tuesday evening, due to “unknown circumstances” it lost contact with military personnel of several combat positions of the Defense Army deployed in the direction of the Hin Tagher and Khtsaberd villages of Hadrut.

“Search operations continued during the entire night and today morning. With the mediation of the Russian peacekeeping contingent, active steps are being taken to determine the likelihood of the Armenian servicemen’s capture for launching necessary actions in the event of such confirmation,” the Artsakh Ministry of Defense said.

In a bombshell announcement, Prime Minister Nikol Pashinyan, during an extensive interview with Azatutyun.am, claimed that the Russian peacekeepers were also surrounded by Azerbaijani forces and their communication links were also cut off.

“Due to the terrain and the developments, there are some problems with communication. Furthermore, the Russian peacekeepers also have these problems, and we have somewhat of a crisis situation there,” Pashinyan told Azatutyun.am’s Artak Hambartsumyan on Wednesday.

Pashinyan added that the standoff taking places in Hadrut, as well as the Armenian-controlled villages near Shushi should be viewed as part of the same operation being carried out by Azerbaijan.

On Saturday, as tensions escalated in Hadrut, Pashinyan, through his spokesperson Mane Gevorgyan, said that the Russian peacekeepers were responsible for the situation, with critics blasting Pashinyan’s nonchalant approach to a potential violation of the November 9 agreement.

He explained the matter during the Azatutyun.am interview, saying that the November 9 agreement stipulates that the Russian peacekeepers were tasked with monitoring the area, saying that the Armenian government was pursuing the issue through diplomatic channels.

Pashinyan did not question, nor was he asked by Azatutyun.am as to why the Russian peacekeepers were not stationed at the line of contact in Hadrut when the Azerbaijan’s incursion attempts began. At the time it was reported that Azerbaijan used heavy artillery and military equipment when it attacked the Hin Tagher and Khtsaberd villages.

“This situation [the missing soldiers] is totally unacceptable,” said Artsakh’s Human Rights Defender Artak Beglaryan. “It must be quickly and completely investigated by law enforcement agencies to determine all circumstances and the identify those who are responsible.”

“The authorities of Artsakh and Armenia are obliged to take immediate action to repatriate all our prisoners of war as soon as possible. In addition, it is necessary to provide clear information to the families of the prisoners of war and conduct maximally transparent public communication to avoid disinformation and unnecessary tensions,” Beglaryan added.