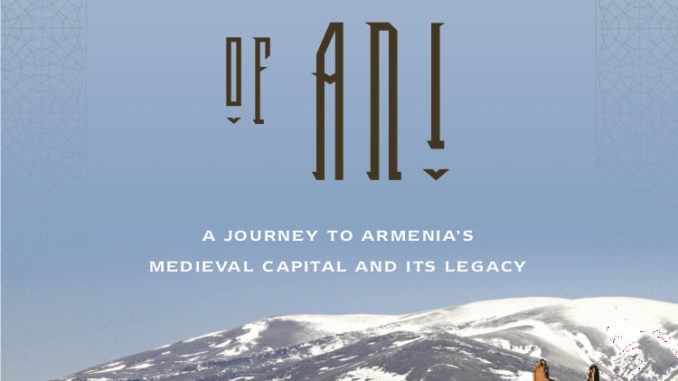 (Massis Post) – The National Association for Armenian Studies and Research (NAASR) will host a presentation by Dr. Peter Balakian and Aram Arkun entitled “The Ruins of Ani: From Sacred Landscape to Political Soil,” on Thursday, February 27, 2020, in Belmont, MA.  The program is co-sponsored by the Tekeyan Cultural Association Boston Chapter and the NAASR/Calouste Gulbenkian Foundation Lecture Series on Contemporary Armenian Issues.

From the tenth to the thirteenth centuries, the city of Ani was the jewel of the Armenian kingdom, renowned far and wide for its magnificent buildings. By the fifteenth century, Ani was virtually abandoned, its stunning buildings left to crumble. Yet its ruins have remained a symbol of cultural accomplishment that looms large in the Armenian imagination.

Today, Ani is a popular tourist site in Turkey, but the city has been falsified in its presentation by the Turkish government in order to erase Armenian history in the wake of the Armenian Genocide. Krikor Balakian’s The Ruins of Ani, first published in Armenian in 1910 as Nkaragrut‘iwn Anii aweraknerun and now available in English, is a unique combination of history, art criticism, and travel memoir. This timely publication and program raise important questions about the preservation of major historical monuments in the face of post atrocity campaigns of cultural erasure. Balakian and Arkun served as editor and translator, respectively, of The Ruins of Ani (Rutgers Univ. Press).

Dr. Peter Balakian is the Donald M. and Constance H. Rebar Professor of the Humanities in the department of English at Colgate University in Hamilton, New York. He is the author of many books, including The Burning Tigris: The Armenian Genocide and America’s Response, winner of the Raphael Lemkin Prize; Black Dog of Fate, winner of the PEN/Albrand Award for Memoir; and Ozone Journal, winner of the Pulitzer Prize for Poetry.

Aram Arkun is the Tekeyan Cultural Association of the United States and Canada and assistant editor at the Armenian Mirror-Spectator. He is the author of numerous academic articles and book chapters and translations and has served as Director of the Zohrab Center in New York City and as editor of Ararat Quarterly.