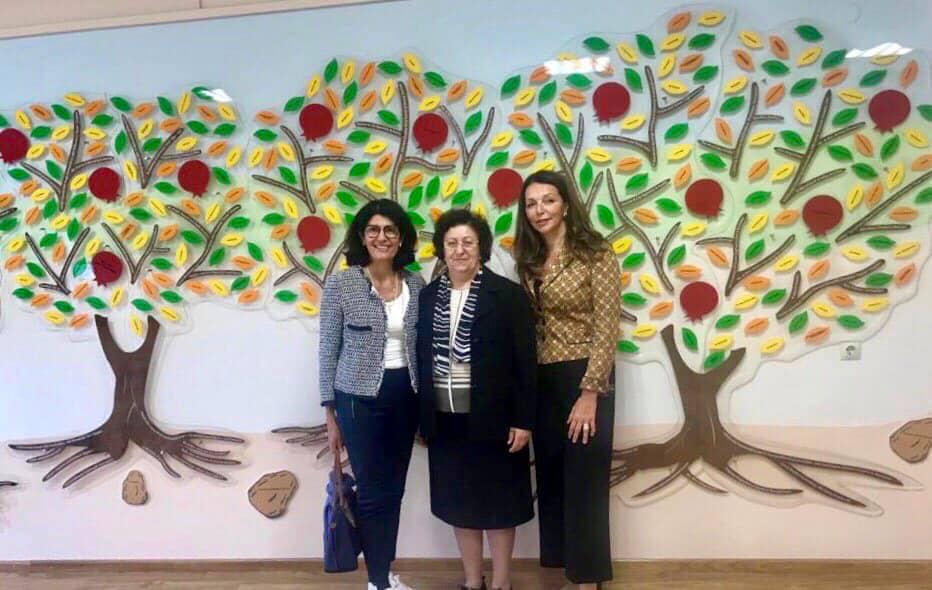 Members of the French National Assembly, Danièle Cazarian and Valérie Boyer stop by the ARS Soseh Kindergarten of Stepanakert before their departure from Artsakh. ARS Members of Lebanon in front of the Kulbashian Center during a one-day trip, which raised $10,000 in support of the ARS Endowment Fund/Vision 2020. Members and interns of the ARS celebrated the 28th Anniversary of Armenia’s Independence with the Permanent Mission of Armenia and several ambassadors at the United Nations Headquarters.

Members of ARS Australia touring around Armenia. Soon they will embark on a journey to Western Armenia. ARS continues to give $150 to each family that welcomes their second (or more) daughter into the family at the ARS Mother and Child Birthing Center of Akhourian.