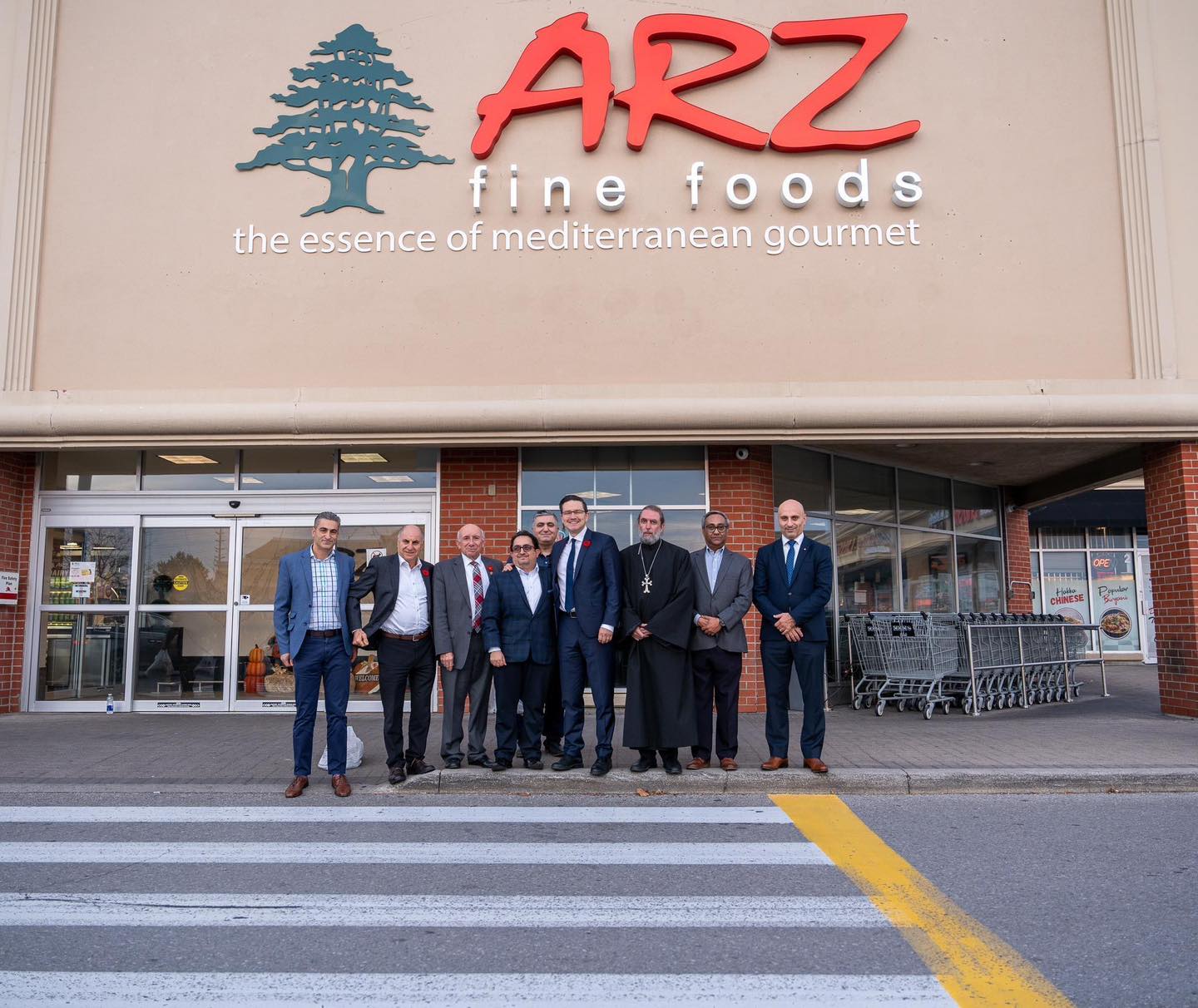 “If you like top-shelf Mediterranean food, ARZ Fine Foods is where you go,” Poilievre said in a post on his official social media pages. The Conservative leader was accompanied by Toronto-Armenian Member of Provincial Parliament Aris Babikian (Scarborough-Agincourt), Reverend Father Der Myron Sarkissian of the St. Vartan Armenian Church of Mississauga, Canada, and other dignitaries. The visit was organized by Conservative Party members and members of the Pierre Poilievre outreach campaign group, Edgar Manukyan and Taline Sagharian.

Established in Scarborough in 1989 by the Boyadjian brothers, ARZ Fine Foods is one of the best-known names in Middle Eastern and Mediterranean food in the GTA. The Boyadjian brothers and their families have been longtime benefactors and supporters of the Armenian community of Toronto.

Armenian National Committee of Canada (ANCC) endorsed Poilievre during the federal Conservative leadership race, which took place in September. “Throughout the leadership race, we had the opportunity to meet with Mr. Poilievre on several occasions, discussing the many issues concerning the Armenian-Canadian community. We were pleased to receive his principled support, and we’re proud to endorse his candidacy during this race. We are looking forward to working with him in the future,” the ANCC said following Poilievre’s victory.