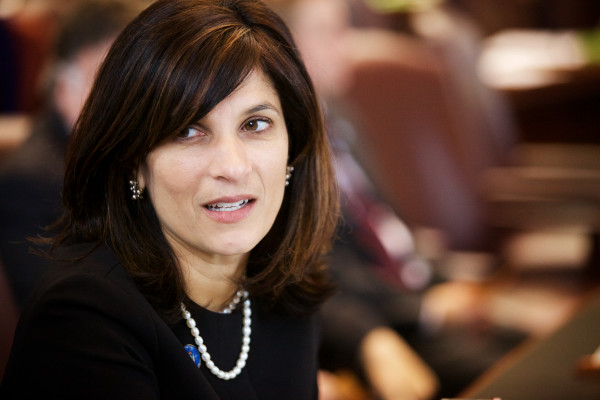 (Outlook India, PanArmenian)- American politician of Indian and Armenian descent Sara Gideon has raised $7.6 million in a bid to enter the race for the United States Senate from the state of Maine.

Gideon, 48, daughter of an Indian-American father and second-generation Armenian mother, is currently the Speaker of the Maine State Assembly.

She hopes to challenge Republican Senator Susan Collins in the November Congressional elections.

Gideon’s campaign office said that she raised $3.5 million in the last quarter ending on December 31, taking her total to $7.6 million.

The lawmaker announced her intention to run for the U.S. Senate in June 2019.

In the Democratic primary, she is contesting against lobbyist Betsy Sweet of Hallowell, former Google executive Ross LaJeunesse and defence attorney Bre Kidman of Saco.