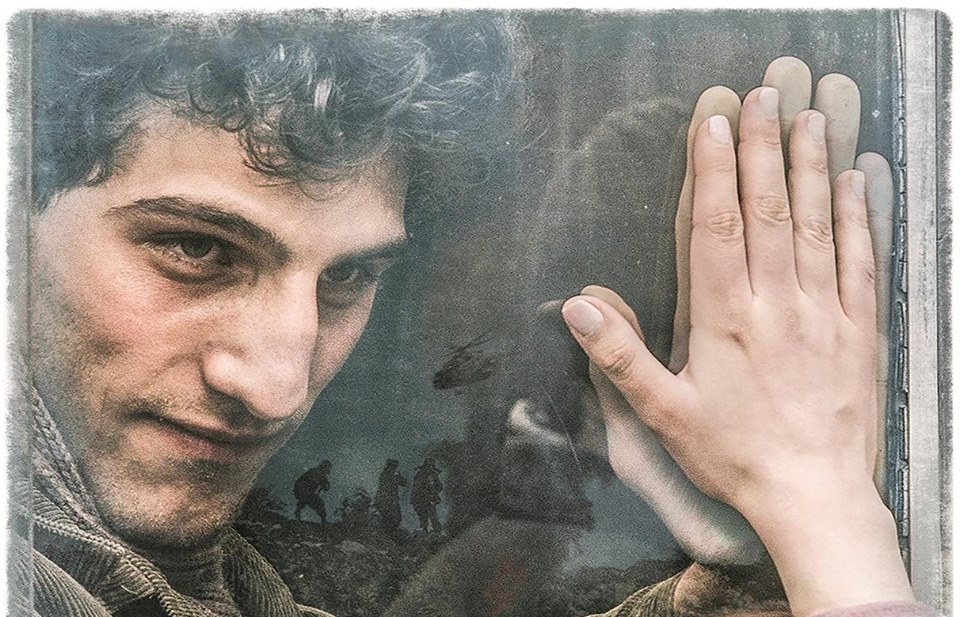 Toronto- Forty films from around the world will be screened at the twelfth annual Hamazkayin Toronto Pomegranate Film Festival, November 15-19th. The line-up represents a diverse range of films that will touch upon the issues of genocide denial, the current refugee crisis, mounting tension in Arstakh, civil society in Armenia and LGBTQ rights.

On November 15, a special program will be dedicated to Arstakh. Jivan Avetisyan’s The Last Inhabitant will kick off the festival at Fairview Mall Cineplex. The film is a powerful historical drama that delves into the Arstakh conflict, with music by talented musician Serj Tankian of System of a Down. Avetisyan presents a captivating story set in the late 1980s when Armenians were deported on mass from Azerbaijan.

Mher Mkrtchhan’s Gyank Ou Griv will be the second feature on opening night. A touching coming-of-age story that reflects on the bonds of friendship and romance in the face of war. It is a beautiful drama about a group of friends whose lives are inevitably affected by the war in Kharabagh.

On November 16th evening the screenings will continue at Fairview Mall Cinema, in a special program called Soirée francaise. Robert Guediguian’s La Villa will commence the program. Filmed in a picturesque fishing village, the story revolves around the lives of three grown children in a family and grapples with the most pressing issue in Europe right now. The film stars his regular cast of actors including his talented wife Ariane Ascaride. The film was screened at TIFF and the Venice International Film Festival. Guediguian delivers a breathtaking follow up to his last POM hit, Don’t Tell Me The Boy Was Mad.

Stephane Kazandjian’s Bad Buzz will take the audience on a wild ride in this light-hearted comedy following two tv producers who do all it takes to save their careers within 48 hours. Two French shorts will accompany the film includes Nicholas Sarkissian’s Mediterranea, an artistic interpretation on the refugee crisis and the Mediterranean Sea, and Gerard Boyadjian’s Tcheureg From Vartoush.

A series of matinees will be screened at the Hamazkayin Theatre. The documentary Children Of Vank touches upon the identities of Islamized Armenians. Two brilliant films related to the genocide will follow later that afternoon, including Australian filmmaker Shahane Bekarian’s Children Of A Genocide and Naré Mkrtchyan’s The Other Side Of Home, which was nominated for the Best Short Film at the 2017 Academy Awards.

Dramatic features set in beautiful Armenia will also delight the attendees November 17th. David Safarian’s Hot Country, Cold Weather is a historical drama set in Armenia in the 1980s. A special double feature will also take place with Arshak Amirbekyan’s Mariam’s Day OFF, a story of a prostitute who finds herself and Martin Matevosyan’s THE GIFT OF DIANA about relationships.

On November 17, the screenings will continue at the Regent Theatre with director Joe Berlinger’s Intent To Destroy, a candid look at the making of the film, The Promise,  starring Christian Bale, while also challenging the denialist campaign of Turkey to suppress recognition of the Armenian Genocide.

A memorable experience will follow with the screening of Ararat, which is celebrating its 15th anniversary. A special introduction will be delivered by Atom Egoyan and Arsinee Khanjian on the groundbreaking film that confronts the challenges of trauma, genocide denial and the representation of truth. Talented singer/songwriter Eileen Khatchadourian, originally from Beirut, will present her new song composed for the anniversary of the film along with several others in her impressive repertoire. She was recently awarded Best Female Performer of the Armenian Diaspora.

The Saturday, November 18th program will be screened at Hamazkayin Theatre. The morning will celebrate a symphony of Canadian films in a segment called Canada 150. An eye-opening program called Human Rights Watch presented by Arsinee Khanjian will follow. It will showcase the World Premiere of Khanjian’s new film Way Back Home directed by Seda Grigoryan, as well as Gagik Ghazareh’s Listen To Me which deals with LGBTQ rights in Armenia and was produced by PINK Armenia. Torontonian filmmaker Daniel Sarkissian will present his latest film, What Is Classic Rock?, featuring the interviews of many of the best rock musicians alive today. The evening will conclude with POM’s unforgettable gala Soirée, featuring Vahe Yan’s Roots, a light-hearted romance set in Armenia.

The closing night, November 19th, will begin with Apricot Groves by Iranian filmmaker Pouria Heidary Oureh. Sarik Andreasyan’s Guardians will follow, taking viewers on a joyride through the world of superheroes with superpowers. The much anticipated documentary Architects Of Denial will follow, produced by Montel Williams and Dean Cain. An international co-production between France and Lebanon, The Traveller will be screened as the Festival’s penultimate film, highlighting the impressive cinematography of New York filmmaker Saro Varjabedian.

The evening will conclude with YEVA, directed by Anahid Abad from Iran. The film is a touching story of a mother’s quest to protect her daughter by fleeing from Iran to an Armenian village. This beautiful movie was chosen as Armenia’s entry for the 2018 Oscars. The POM award ceremony will close the festival.

TorontoHye: In The Long Run Of Time