TorontoHye: In The Long Run Of Time 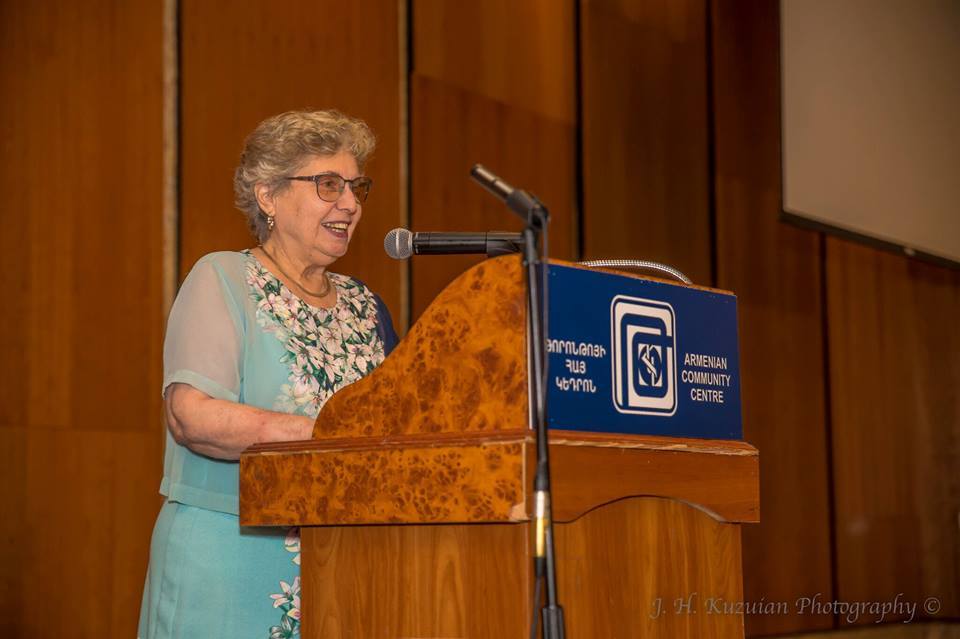 Since the latter part of the 18th century, the media have provided one of the most important channels of communication for Armenians dispersed in a global diaspora. TorontoHye, the local monthly, is following this well-travelled tradition of newspaper publishing.

Beginning in 1794, when Father Shmavonian published Azdarar (Monitor), in Madras, India, the first Armenian language newspaper, Armenians have developed and enjoyed a vibrant press, linking Armenian settlements around the world. In Constantinople and Tiflis, in particular, Armenians established a healthy and strong press with countless newspapers and periodicals.

So popular were newspapers in Western Armenia before the Genocide that even colleges published their own newsletters. In Kharpert, for example, Euphrates College published Yeprad. Feminists, too, engaged in the newspaper endeavour. In the early 20th century, Marie Beylerian, for instance, produced Artemis in Cairo. In the United States, new immigrants published Hairenik (Fatherland), Asbarez (Arena), Yeridasart Haiastan (Young Armenia), and Baikar (Struggle).

After the Genocide, wherever Armenian refugees found sanctuary, they breathed new life into the press – in Lebanon, Syria, Egypt, Greece, and Armenia. Revitalizing the press was more than a symbol of their survival; it was both a mission and a testimony of their determination to rebuild Armenian intellectual life.

Orphans, too, dispersed hither and yon, informed the Armenian world through their newsletters of their challenges, setbacks, and victories. Supported by the Sisters of the Immaculate Conception, orphan girls published L’Orpheline in Aleppo and Le Orfane Armene in Italy. Teenage orphans sent by the Near East Relief to France as agricultural workers published Yergounk. In Switzerland, Boghos Kevorkian directed the newsletter of his orphan students, while at Georgetown, Ontario, Aris Alexanian led his young charges to produce Ararat in the mid-1920s.

The Press in Canada

On a more general level, the Armenian press in Canada started humbly with tertiks  (flyers), which were short, hand-written notes of local news and announcements distributed in the neighbourhood and in nearby Armenian communities. In 1955 the Armenian Church Youth Organization of America/Canada at Holy Trinity Church in Toronto started publishing Nor Serount (New Generation) and continued this project until 1975 when Holy Trinity assumed the responsibility of publishing this monthly. In turn, the Hamazkayin Cultural and Educational Union published Artsakank (Echo), also in Toronto.

The tradition of newsletters, bulletins, and literary accounts continues to the present, as each organization or institution disseminates its own publication. Armenian, English, or French newsletters appear on a monthly, bimonthly, or quarterly basis, including an array of on-line publications.  In addition to news, announcements, and reports about local events, the contents often include poetry and articles on Armenian history, religion, literature, and art, as well as major current news about Armenia and other places of the diaspora.

Armenians and the Media

Why and how do Armenians have this intimate and vigorous relationship with the media?

Armenians have lived under repressive regimes. In the Ottoman empire, the Armenian press and the spoken language suffered from stringent restrictions and censorship. Armenian schools in both the Turkish and Russian empires were frequently closed by government decree, thus depriving thousands of youngsters of a decent education. By contrast, the liberal society that immigrants found in Canada was and continues to be a refreshing incentive for a rich cultural life, including a lively press.

To give a rather distant, nevertheless pertinent example, let us look at the pioneer settlers who arrived in Canada over 100 years ago. In 1904 a group of young people in Hamilton formed the Armenian Young Peoples’ Educational Brotherhood. The eighteen Dashnak political party members dedicated themselves to set up a gradaran or library/reading room and to teach reading and writing to their illiterate countrymen – men whose education had been blighted because of Ottoman government school closures.

In Canada, the gradarans became improvised schools – centres of rudimentary adult education. In a friendly atmosphere, the better-educated taught illiterate compatriots to read and write Armenian, familiarized them with Armenian history, politics, and literature, and helped them adjust to life in Canada.

But the will to learn and the drive to self-improvement would have been thwarted without a comprehensible and challenging literature.  Newspapers became their textbooks.

The press helped newcomers learn their mother tongue, disseminated knowledge among them, and undertook to preserve Armenian language and culture in the new world by publishing international and North American news and Armenian poems and folktales and running serials of novels, memoirs, and translations, such as the all-time favourite, The Count of Monte Cristo by Alexandre Dumas.  These priorities continue to the present day and are promoted further by the explosion of on-line publishing.

Under the auspices of the Armenian National Committee, TorontoHye began publication in 2005 with Karin Saghdejian as editor-in-chief, Ara Ter Haroutunian as head of design and graphics, and a largely volunteer staff.  Using both Armenian and English, the paper carries news about Toronto, but also news of the Canadian, Armenian, Artsakh, and international scenes. In an equitable manner, the newspaper informs about activities sponsored by all community churches, schools, and organizations. This focus fulfills an essential function in the Toronto Armenian community, especially since it often publishes a full report after an event.  The paper also offers literary and cultural articles, thus providing a public forum for intellectual endeavours and exchanges. As part of its mandate, the paper runs articles about an essential part of Armenian daily life: Armenian traditional dishes, their history, and their recipes. Finally, as in any viable press, the paper carries advertisements of various businesses, trades, and professions.

This broad perspective, enhanced by an even-handed treatment of all groups, makes the TorontoHye a true community newspaper that helps bind together different components and interests of the community.

I started this presentation with a very short historical sketch of the Armenian press, then spoke briefly about the importance of the Toronto Hye newspaper to the present Armenian community.  I would like now to refer to the role of this newspaper over the long duration of historical time.

First of all, TorontoHye helps Armenians strengthen historical ties with their past. For example, if TorontoHye publishes an article explaining how the churches and organizations cooperated to sponsor Garo Paylan, a Member of the Turkish Parliament to speak about Genocide denial, we are immediately aware of our current world, of course, but we are also flung into the depths of Armenian history – the Genocide, survivors, refugees, orphans, martyrs.

If we read about Armenians in Toronto, we see, through the prism of today, the crystal clear presence of Armenians who established roots in this city well over 100 years ago.

If TorontoHye writes about Armenian churches or religion, we are at once connected to the central theme of spirituality among the people and the role of Christianity in uniting Armenians over many centuries and helping to mold a distinct Armenian identity.

If we read about the Armenian Relief Society we are immediately taken back to 1910 when the organization first started.  I have often wondered whether those humble immigrant women in Brantford who founded the first chapter in Canada, ever looked forward and imagined that 100 years down the road, the ARS would be a very robust women’s organization with chapters all across Canada and hundreds of members.

So now, let us look forward since historical time also includes the future. If our descendants were to examine the Toronto community in 2217, what would they find? They would find the pages of TorontoHye indispensable in understanding the founding, development, and blossoming of this community within a larger Canadian framework. They would see a faithful record of various undertakings: clear evidence of the building of churches, schools, and community centres; the results of hard work in establishing a rich organizational and cultural life; a resolve to maintain Armenian identity while becoming active contributors to Canada – whether in politics, commerce, professions, culture, education, or charity.

Our descendants would read about efforts to assist newcomers from different home countries to integrate into this Armenian diasporan world. They would see a press that contributed to the cohesion of these different constituents, while helping them adjust to Canadian society.

Our descendants would acknowledge that the newspaper reinforced the great chain linking Armenian experience, exuberance, tragedy, and history on this earth. In short, our heirs would recognize in the pages of TorontoHye a tribute to the dynamism of the Toronto Armenian community.

Isabel Kaprielian Churchill, PhD is an Emerita Professor of Armenian and Immigration History Department of History California State University at Fresno. She is the author of: Like Our Mountains: a History of Armenians in Canada, Sisters of Mercy and Survival: Armenian Nurses, 1900-1930 Polyphony: Armenians in Ontario (ed.), Pulse of the World: Refugees in Our Schools (with Stacy Churchill)

Why volunteer as a couple? Discover each other and Armenia together