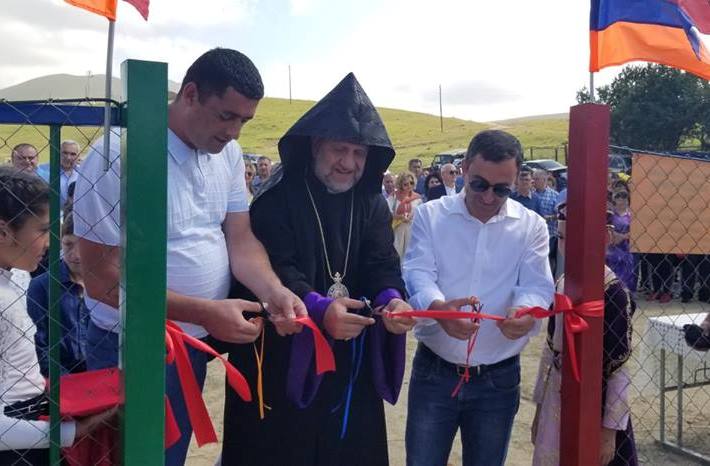 Under the auspices of His Eminence Archbishop Papken Tcharian, a playground and a recreational space for the children in the Village of Vahan was sponsored by the Prelacy with a gracious donation from the Manouk Djoukhajian Family Foundation. The initiative came to realization by the Governor (Marzbet) of the Province, Mr. Ishkhan Saghatelian.

Archbishop Papken was accompanied at the opening by the Prelacy Executive Council (EC) chairperson Mrs. Zovig Terzian and EC members Hagop Janbazian and Osig Mksyartinian; a delegation from Canada was also present at the opening ceremony.