Raffy Boudjikanian On His New Book “Journey through Genocide: Stories of Survivors and the Dead” 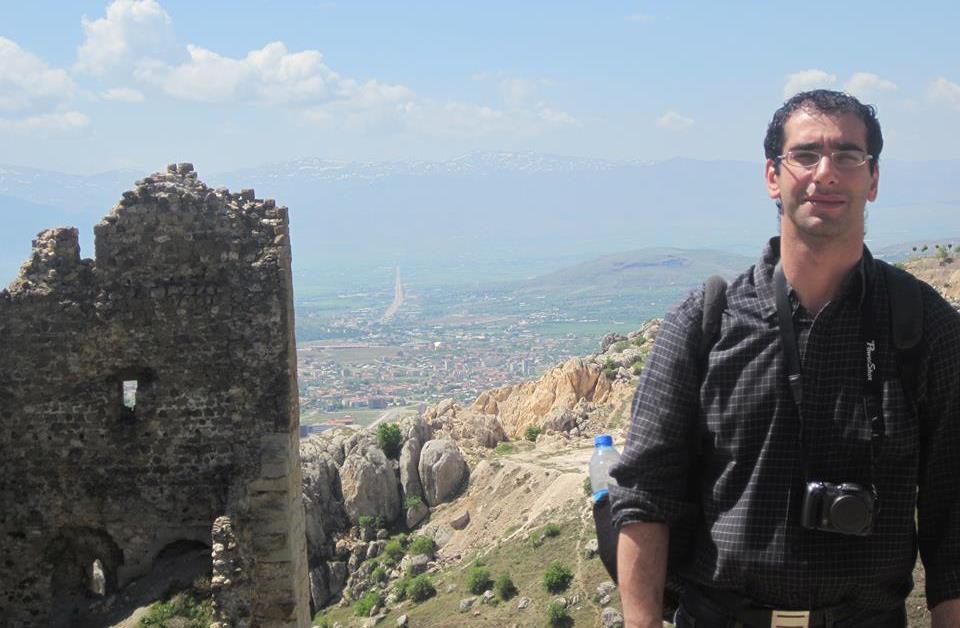 Raffy Boudjikanian is a national reporter for CBC Edmonton who has travelled to meet genocide survivors in Chad (where Darfuri refuges are located), Kigali (Rwanda), and Kharpert (Turkey). His encounters and experiences are compiled in a book “Journey through Genocide, Stories of Survivors and the Dead”, due out in mid-April.

TorontoHye editor Karin Saghdejian had an email interview with Boudjikanian about his visits and how they changed or added to his understanding of the crimes against humanity.

Karin Saghdejian -Raffy, how did you come up with the idea of writing this book?

Raffy Boudjikanian- Having grown up in an Armenian household, I’ve been interested in the history of crimes against humanity from an early age. I learned about the Armenian Genocide and what happened to my own ancestors. Shortly after deciding I wanted to be a journalist for a living, I began planning a trip to different countries where there had been genocides, in an effort to better understand what victims and survivors go through first-hand. My original intention was to produce some short radio documentaries from each segment of the trip, and then link them all together in one longer piece when I returned. But that latter project just proved too daunting. I’d come back to Canada from a five-week trip through Chad, Rwanda and Turkey with more than twenty hours of interviews. Luckily, I’d also kept a diary every day. So, I switched gears and tried my hand at writing a non-fiction book instead, and here we are.

KS-You travel to meet both the survivors and the sites of the major genocides of our times. Besides the horrors of these crimes, as a journalist what are you looking for?

RB- Especially in the cases of Rwandans and Darfuris, I was looking to see how people cope with trauma, and how genocide affects them to this day. News stories about crimes against humanity tend to be, by the very nature of the medium, largely about the moment the atrocities occur. Rarely do they explore what mark the events leave on survivors.

I believed meeting them, seeing how they live–in Darfuris’ cases, as refugees in another country, after all they’ve already been through–would help me better understand what my own grandparents’ generation went through, and, hopefully, better explain to the world what modern survivors are going through right now.

KS–You visit genocides that differ from each other in terms of execution, and aftermath. What similarities and parallels can you draw?

RB-It struck me that in all three cases, the victims and survivors appear unable to move on unless there really is some sort of attempt at justice. In Chad, some of the Darfuris I met wanted to return home, but they could not, because Sudan’s president, Omar Al-Bashir, is the same person whom they hold responsible for what happened to them. He’s wanted by the International Criminal Court but has never accepted to face his charges.

In Rwanda, justice is being meted out. Even as the victims and perpetrators live side by side in the spirit of reconciliation, the country is still looking for génocidaires to bring them to trial.

And in Turkey, the Armenians I met still want to look for some sort of acknowledgement by the country that what happened to their ancestors was genocide. That is to say, nothing, of course, of the demands by Diaspora Armenians and the country of Armenia.

KS– What impact do the post genocidal trials have both on the psyche of the victim and the perpetrator?

RB- Of the three cases I examine in the book, I only really noticed the justice system at work in Rwanda. The country’s government preaches moving on and reconciliation, but also clearly believes these goals are tied to justice. It has a special prosecution office dedicated to hunting down escaped and exiled genocidaires and bringing them back to their home country to face criminal trials. Now, this may be a government initiative, but as far as I could tell, the idea resonated with the average Rwandan, too.

I attended a genocide reconciliation workshop for high school students while I was in Kigali. One of the lecturers played a short audio clip, about forty seconds, then hit pause and asked listeners if they could identify the person on tape. “[Léon] Mugesera,” the room said in quasi-unanimity. Mugesera, back then, was a man wanted for genocide-related charges, specifically hate speech, in relation to a speech he’d made in 1992 comparing the Tutsi to cockroaches. Keep in mind this audience consisted of people who would not yet have been born when he said those words…and yet they all identified him.

Furthermore, Mugesera actually appeared in a pre-trial court proceeding while I was in Kigali (he’d be found guilty years later). I attended the hearing, and discovered a packed courtroom audience, and a flurry of activity at the courthouse. Clearly, there was a lot of interest in the case.

I can also tell you that in Rwanda’s case, the country has found it important to mete out justice itself, instead of relying on the international community. According to Jean Bosco Siboyintore, the head of the aforementioned special prosecution office, it was not until 2011 that the U.N. approved having one of its own war crimes defendants transferred to Rwanda’s jurisdiction, four years after the country abolished its death penalty.

KS- What do victims of a genocide really want?

RB- I believe they are looking for acknowledgement, both by the wider world and the perpetrator, of what happened to them.

The refugee Darfuri student I told you about knew that telling me his story was not going to get him out of his situation. But he also understood that I was a journalist and would communicate what’s happened to him to an audience.

Even in Rwanda, where reconciliation is the political order of the day, I met one survivor who was furious that she had confronted one of the men whom she was sure had helped kill her family, only for him to completely deny it. She told me she would have been ready to forgive him, if only he’d admitted to what he’d done.

KS- Is reconciliation, in the real sense of the word, possible and what is the most important step to achieve it?

RB- As a journalist, I’m not sure I can speak for different political actors with their own agendas, and I should not do that.

But based on my observations during this trip, and a general understanding of history, I would say reconciliation appears to work out when there’s a sincere acknowledgement by the perpetrator of what they’ve done, and sincere attempts at apology or atonement.

KS- You visit Istanbul and Kharpert, your ancestral home. How does a close-up view of the aftermath of a genocide change your perception of it?

RB- I’m not sure my perception of the Armenian Genocide changed per se. Intellectually, I’ve known about how my great-grandfather and others were killed, and the rest of my family escaped, since I was a little boy.

I was surprised at the level of fear I found among Armenians in Turkey, 97 years after 1915 (the trip was in 2012).  I suppose it does add something to my understanding of the events when I heard from Armenians in Istanbul that they estimate there are only about 40 Armenians living in the entire region surrounding Kharpert now. I met one of those 40 Armenians, and very briefly interviewed them. I tried pushing them to speak more, and to not hide behind anonymity, and their answer to those requests both devastated me and made me see their point: “Hrant Dink spoke. What happened to him?”

“Journey through Genocide: Stories of Survivors and the Dead” published by (Dundurn Press, April 2018: https://www.dundurn.com/books/Journey-through-Genocide)