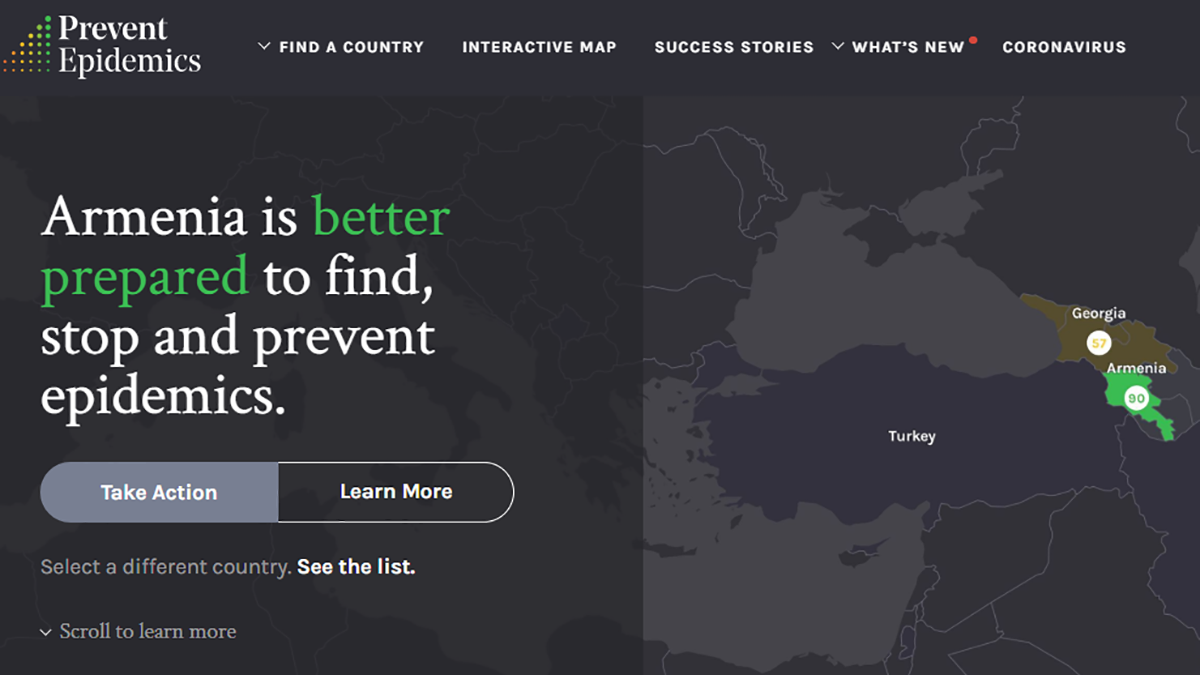 Prevention Epidemics, a website that uses data to assess the epidemic preparedness of the world’s nations, has given Armenia a score of 90, which is higher than Switzerland (89), Finland (86), US (87) and Belgium (85).

The analysis of many of Armenia’s neighbours, as well as many other nations, has not been completed yet, but Georgia did receive a score of 57, significantly lower than Armenia, with countries like Sudan and Sri Lanka also receiving a score of 57.

The data is taken from existing evaluations developed by the World Health Organization, especially after the 2014 Ebola epidemic.

The report also takes into account the effectiveness of measures undertaken, including the tracking down of contacts of infected individuals and quarantine measures.

Armenia’s Minister of Health Arsen Torosyan has been praised by some for his handling of the coronavirus outbreak, including for Armenian authorities’ swift quarantines, clamping down on high-risk travel, particularly to virus-hit Iran, and also for tracking down people who had direct contact with infected patients.

On Wednesday 4, Torosyan gave an update on the handling of the coronavirus outbreak, during a meeting of government ministers, he stipulated that 162 tests had been carried out since January, with only one man testing positive after having returned from Iran.

He also added that 32 quarantined individuals in Tsaghkadzor’s Golden Palace Hotel are being well taken care of and are in good condition.

Torosyan also remarked on the condition of the man who tested positive saying, “The patient who was found to have coronavirus is in good condition. His wife was re-examined, who again tested negative. Everything is under control and the republic can continue with its normal life.”