Samantha Power: The House Will Likely Recognize The Armenian Genocide 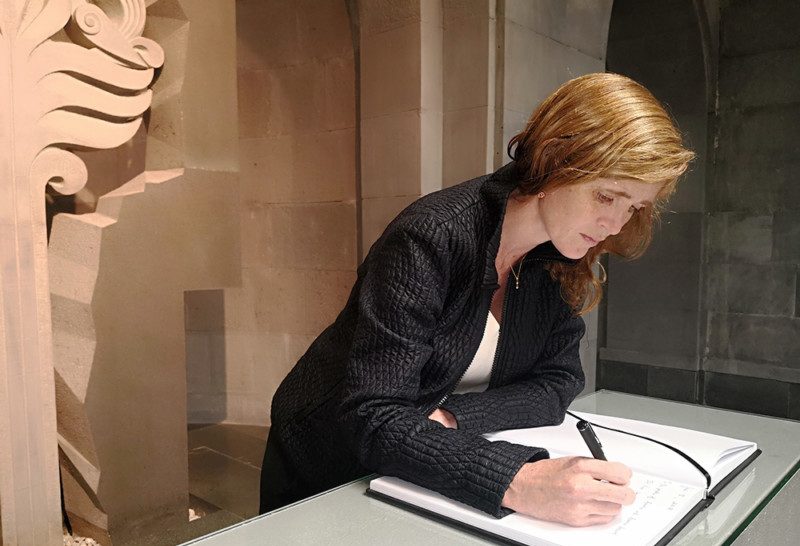 “Armenian-Americans and Rep. Adam Schiff have tried for years to get Congress to recognize the Armenian Genocide. At long last, despite Turkish denial, the House will likely recognize the first genocide of the 20th century,” she said in a twitter post.

Ambassador Samantha Power served as the 28th US Permanent Representative to the United Nations and as a member of President Obama’s cabinet, and became known as one of the country’s foremost thinkers on foreign policy.

Prior to her work at the United Nations, she served on the U.S. National Security Council as Special Assistant to the President and Senior Director for Multilateral Affairs and Human Rights, where she focused on atrocity prevention, United Nations reform, LGBT and women’s rights and the promotion of religious freedom, among other issues.

In January 2018, Power said she was ‘sorry’ their administration did not recognize Armenian Genocide.

“I’m sorry that we disappointed so many Armenian Americans,” she said in response to an audience question during an episode of Pod Save the World, a podcast hosted by Tommy Vietor, another former Obama aide.

Obama is a “consequentialist,” Power said. “He always thought, ‘OK, I could feel good, I could meet a campaign promise and deliver for the Armenian Americans to whom I’ve made this promise. And then what? What if it sets back this thing [the diplomatic dialogue] that could be much more promising? I think he really believed that it could have that perverse effect, because he was told that by people who studied the region and knew the region,” Power said.