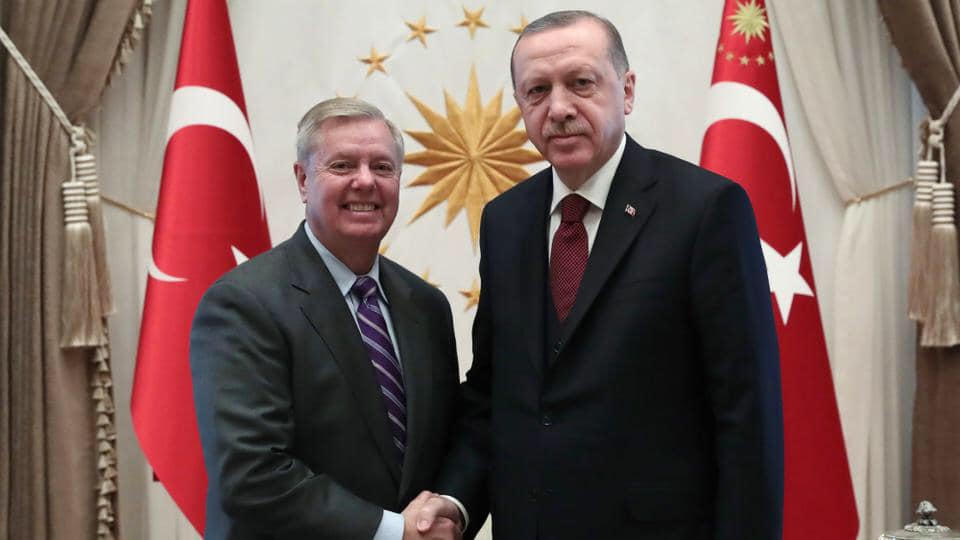 (The Hill )- Sen. Lindsey Graham (R-S.C.) blocked a resolution on Wednesday that would have formally recognized the Ottoman Empire’s genocide against the Armenian people.

Sen. Robert Menendez (D-N.J.) asked for consent to pass the resolution that would have provided “official recognition and remembrance” of the Armenian genocide.

“The United States foreign policy must reflect an honest accounting of human rights abuses, crimes against humanity, ethnic cleansing and genocide. We cannot turn our backs on the Armenian victims of genocide,” he said.

Menendez noted that he listened to President Trump’s press conference Wednesday with Turkish President Recep Tayyip Erdogan. The Turkish president scolded a House-passed resolution recognizing the genocide and instead promised to “establish a history commission.”

Graham’s objection came hours after he took part in a White House meeting with Trump, Erdogan and a group of GOP senators.

“I just met with President Erdogan and President Trump about the problems we face in Syria by the military incursion by Turkey. I do hope that Turkey and Armenia can come together and deal with this problem,” he added on the Senate floor.

The House vote came in the wake of Ankara’s military incursion into northern Syria after the Trump administration pulled troops from the area.