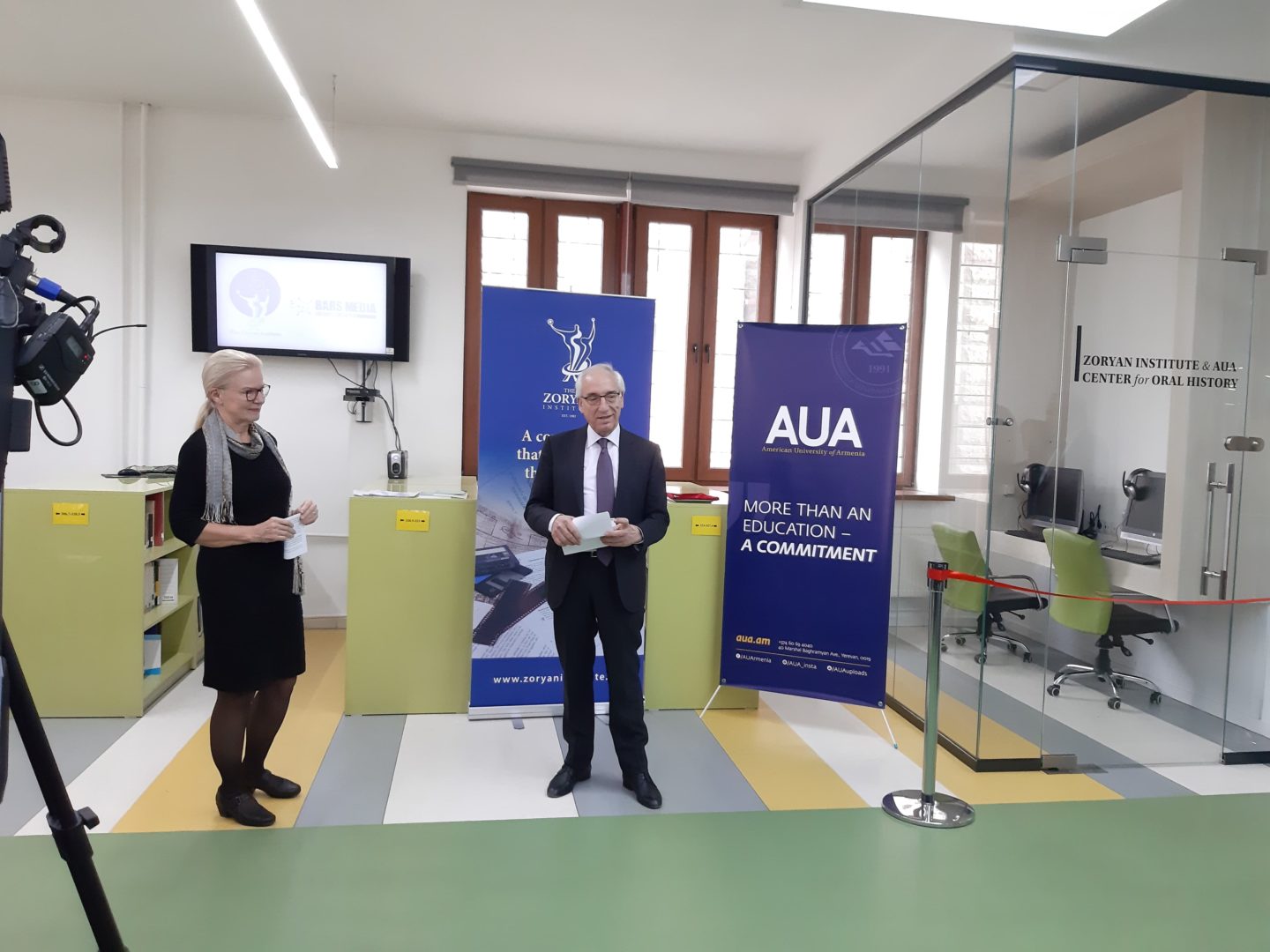 YEREVAN, Armenia ‒ On November 13, 2019, the official opening ceremony of the Zoryan Institute and AUA Center for Oral History took place at the AGBU Papazian Library of the American University of Armenia (AUA). The Zoryan Institute has equipped the Center with copies of its earliest, largest, and most significant Armenian Genocide Oral History Archive.

“Housing the copies of the Zoryan Institute’s renowned Armenian Genocide Oral History Archive at the AGBU Papazian Library at AUA is a great honor for us. I am proud to say that AUA students will be involved in transcribing and translating the Armenian video interviews making the resources available to the English-speaking community,” noted AUA President Dr. Karin Markides in her welcoming remarks.

Over the past decades, the digitized collection has served as a resource of utmost significance to scholars, researchers, students, and filmmakers. Through the Zoryan Institute and AUA Center for Oral History, scientists and students in Armenia will now have the unique opportunity to access about 800 video recordings of interviews with Genocide survivors. Besides researching the materials, AUA students have volunteered to transcribe the recordings in the collection which will then be translated into English, increasing their usefulness.

“The impact of this project is far reaching, and this next step in partnership with AUA will allow the world’s largest Armenian Genocide oral history collection, and the stories of over 800 genocide survivors, to be known to a greater, broader, audience of scholars and researchers,” noted President of the Zoryan Institute Greg Sarkissian.

During the opening ceremony, the Zoryan Institute presented the animated movie trailer Aurora Sunrise. Prepared in partnership with the largest documentary film studio in Yerevan, Bars Media, the film tells the story of Aurora Mardiganian’s survival using her personal testimony from the Institute’s Oral History Project of the 1980s. Through this animated film, Mardiganian’s 104-year-old story will be accessible to future generations perpetually.