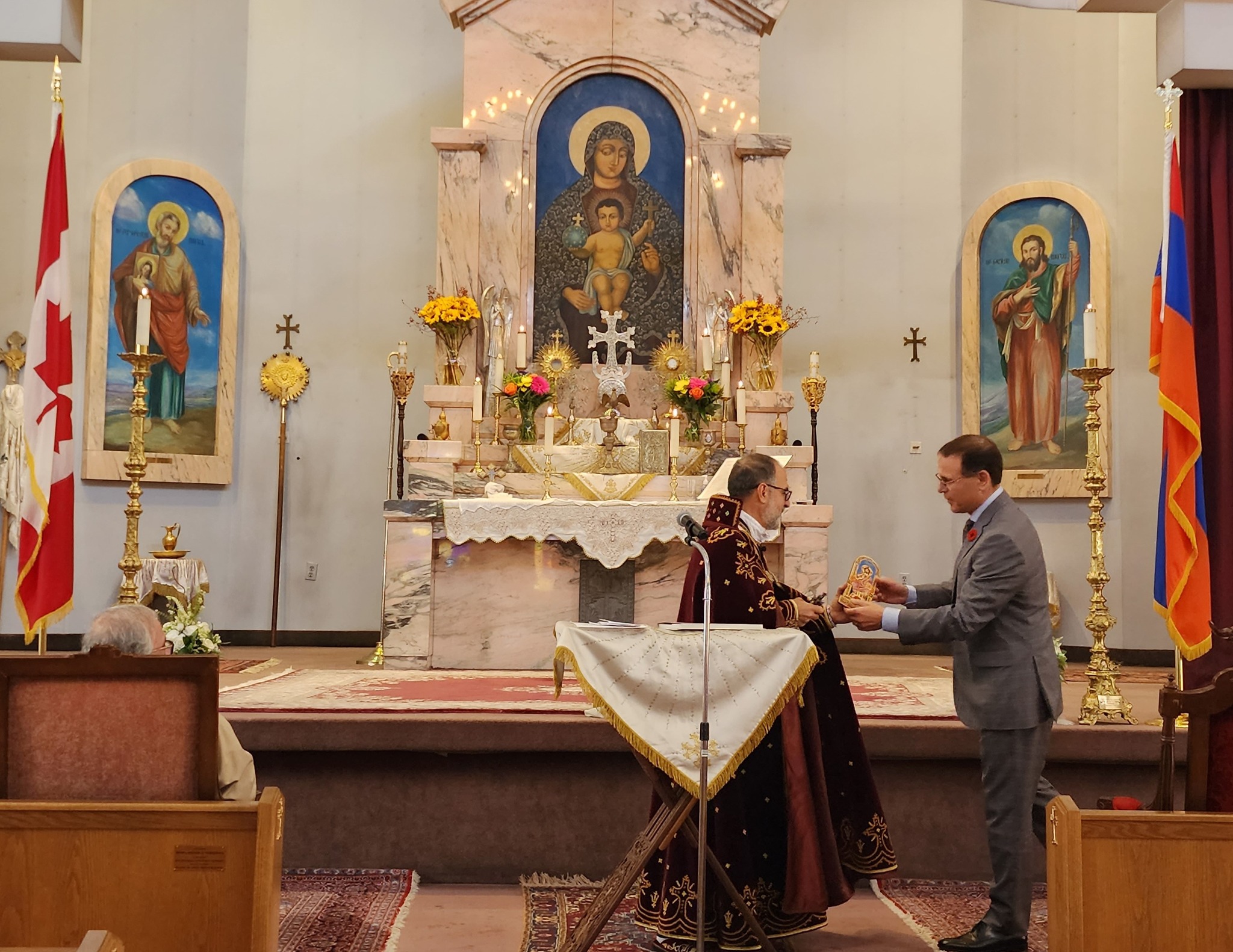 On Sunday, Nov. 6, 2022, the Honourable Senator Leo Housakos paid a visit to the Holy Trinity Armenian Apostolic Church of Toronto (HTAC) and participated in the Divine Liturgy (Badarak).

According to a statement released by the HTAC press office, the Rev. Archpriest Fr. Zareh Zargarian, Vicar and Parish Priest, welcomed the Senator and introduced him to the parishioners. Fr. Zargarian expressed his appreciation for Senator Housakos’ devoted work on human rights issues and advocating freedom and democracy. He also commended the Senator for being a strong voice for the Armenian community in the Senate.

Senator Housakos is a longtime friend of the Armenian community and a champion of Armenian causes. Most recently, he has been a strong voice for Artsakh independence and has called on Canada to take more action on Azerbaijani aggression on Armenia and Artsakh. As a token of appreciation, Fr. Zargarian presented Senator Housakos an Armenian religious icon.

The Honorable Senator Housakos thanked Fr. Zargarian and the community for his warm welcome and gift. He emphasized the importance of raising issues within the Senate that directly impact the safety and security of people worldwide, including in Artsakh and Armenia.