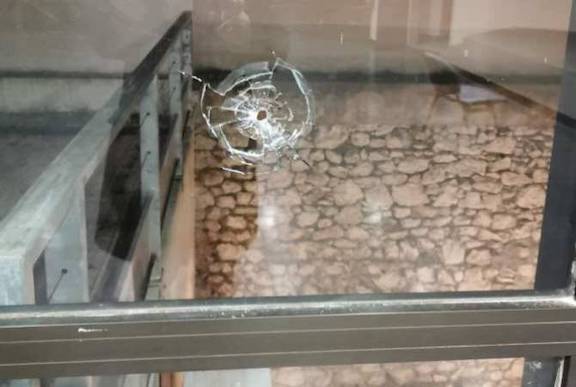 Shots were fired at the Sahag-Mesrob Armenian Center in Marseilles, France on Jan. 24

(Asbarez)- At around 6:40 p.m. local time on Sunday shots were fired at the Sahag-Mesrob Armenian Cultural Center in Marseille, France, shattering the window on the second floor, where piano lessons were being conducted.

No one was hurt in the attack, but the music teacher who was present at the scene at the time of the shooting, as well as the president of the cultural center lodged a complaint with the police, which sent several teams to investigate the incident.

“This is one of the most symbolic Armenian centers. More than 250 children study in the hall every week. My anxiety is boundless. I am confident that the government will guarantee the center’s further safe operation. We are unbreakable,” Karen Khurshudyan, President of Abovyan school that operates from the told the Armenians Today television program.  The Cultural Center also serves as headquarters for several Armenian organizations. During the Artsakh war, the center was the hub, from where humanitarian assistance sent from Marseilles and the south of the country to Armenia was coordinated.