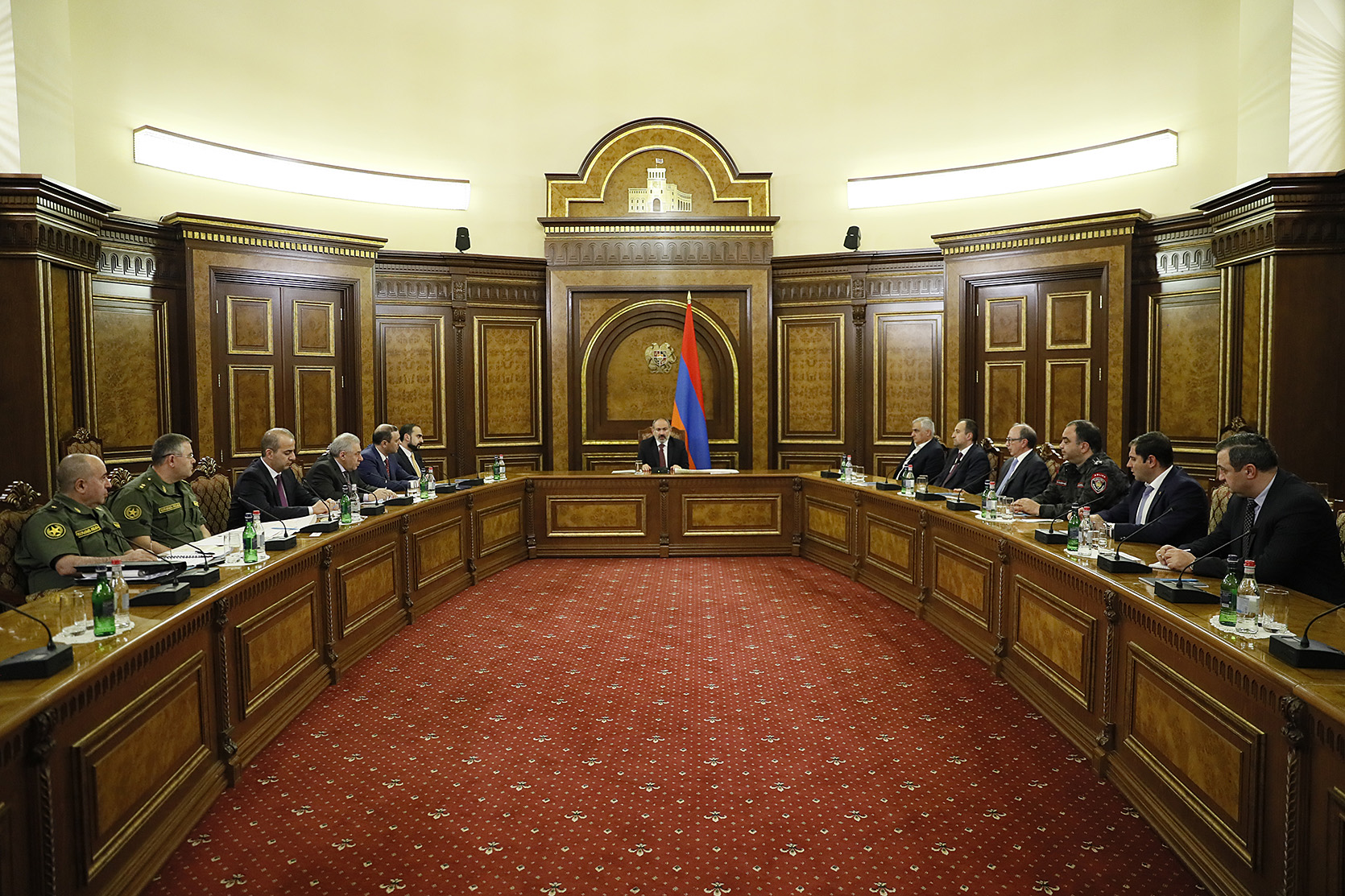 (Armradio)- The situation in the area of Sev Lich (Black Lake) in Syunik has been explosive for two days, Armenia’s acting Prime Minister Nikol Pashinyan said at the meeting of the Security Council today.

“The reason is that groups of Azerbaijani armed forces have crossed the border of the Republic of Armenia and have taken steps to surround the lake. The Armenian Armed Forces have taken strategic counteractions. Azerbaijanis deployed in nearby areas have retreated as a result of countersyeps,” the Prime Minister said.

The Prime Minister stressed that no firearms or other weapons have been used either by the Armenian, or the Azerbaijani side. Nevertheless, he added, about 250 representatives of the Armed Forces of Azerbaijan still remain inside the state borders of Armenia in some sections of Syunik and Gegharkunik provinces.

“The deep and comprehensive analysis of the situation makes it apparent that the actions of the Azerbaijani side are provocation that can pursue wider military-political goals. I mean the Azerbaijani forces have crossed the border to provoke military clashes rather than than solve local issues,” the acting PM said.

Nikol Pashinyan stressed that the situation fully corresponds to the Article 2, paragraph 2 of the Collectives Security Treaty, which “In case of menace to safety, stability, territorial integrity and sovereignty of one or several Member States or menace to international peace and safety of the Member States shall immediately launch the mechanism of joint consultations for the purpose of coordination of their positions, develop and take measures for assistance to such Member States for the purpose of elimination of the arisen menace.”

Based on the above, Pashinyan instructed acting Foreign Minister Ara Aivazian and acting Defense Minister Vagharshak Harutyunyan and Secretary of the Security Council Armen Grigoryan to take measures to start consultations in line with Article 2, Paragraph 2 of the Collectives Security Treaty.

He stressed that while no exchange of fire has been reported so far, taking measures envisaged by the Collective Security Treaty will help avoid further escalation and protect the territorial integrity, stability and sovereignty of the Republic of Armenia.

Azerbaijani Forces Must Be Withdrawn: Macron Posts In Armenian