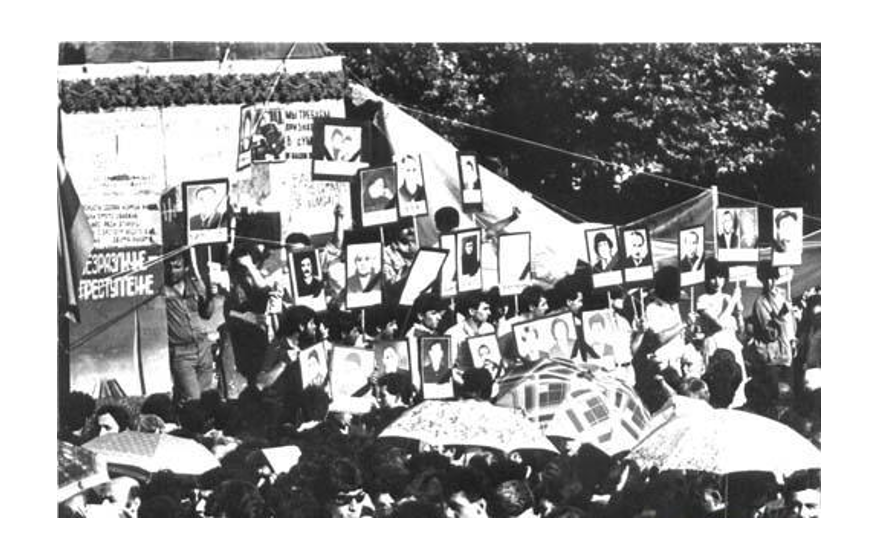 The Sumgait atrocity was the first identity-based mass crime in Europe since the end of the Second World War , the Armenian Foreign Ministry said in a statement.

Today Armenia is commemorating the victims of the anti-Armenian pogroms in Sumgait. In the closing days of February 1988, the Armenian population of Sumgait was subjected to mass killings and atrocities, perpetrated with unspeakable cruelty.

“The Sumgait atrocity was the first identity-based mass crime in Europe since the end of the Second World War, and it was followed by better planned new crimes of wider scale in Baku, Kirovabad and occupied territories of Nagorno-Karabakh Republic – Shahumyan region, parts of Martakert and Martuni regions,” the statement reads.

According to the Armenian Foreign Ministry, Azerbaijani authorities’ assessment of Sumgait massacre clearly reflects the absence of their willingness to solve the Nagorno-Karabakh conflict.

“For three decades Azerbaijani authorities have been shifted their assessment tactics – from a glorification of perpetrators to blaming victims in organizing the pogroms. Only the absence of the will of the Azerbaijani side to take responsibility for massive and grave human rights violations, and their genocidal intent against Armenians remain unchanged,” the Ministry said.

“Today we commemorate the victims of the Sumgait massacres with a strong commitment to prevent such crimes against the Armenian people,” it concluded.