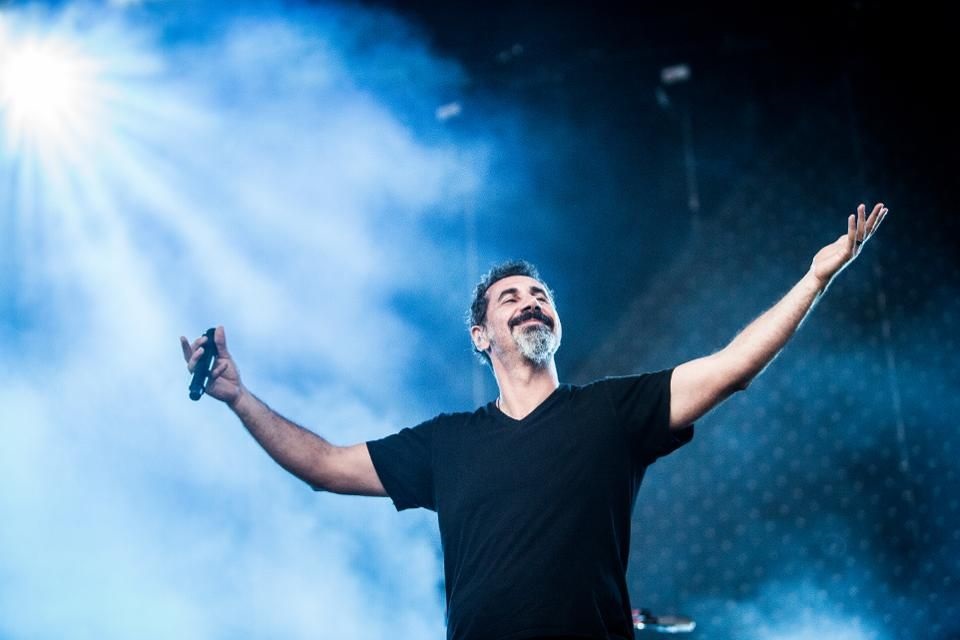 Serj Tankian, frontman of the band System of a Down, in concert at Firenze Rocks Festival.

WELLINGTON: Serj Tankian, the lead singer of Grammy Award-winning American band System of a Down, will address how the Armenian Genocide has personally impacted his life at a New Zealand Parliament event next month, hosted by Mr. Gareth Hughes MP in coordination with the Armenian National Committee of New Zealand (ANC-NZ).

Tankian, a New Zealand resident, is the grandchild of Armenian Genocide survivors and achieved fame as the frontman of System of a Down, which has sold over 40 million records worldwide. While still touring with the hard rock group, Tankian has also recorded success as a solo musician and singer, songwriter, film score composer, multi-instrumentalist, record producer, poet and political activist.

At the event in New Zealand Parliament, Tankian will be joined by Australia-based Genocide Scholar Dr. Panayiotis Diamadis, who will also address the audience made up of Members of Parliament and other dignitaries. Diamadis will discuss how New Zealanders came to the aid of victims of the Armenian, Assyrian and Greek Genocides during the First World War.

ANC-NZ Chair, Hoory Yeldizian said this event presents another opportunity to further inform New Zealand’s lawmakers and thought leaders about the importance of Parliamentary recognition of the Armenian Genocide.

“We thank Mr. Tankian and Dr. Diamadis for accepting our invitation, which will continue our recent efforts with Professor Taner Akcam in advocating for New Zealand’s recognition of the Armenian, Assyrian and Greek Genocides,” Yeldizian said.

ANC-NZ will be joined at the event by their colleagues from across the ditch, the Armenian National Committee of Australia (ANC-AU).