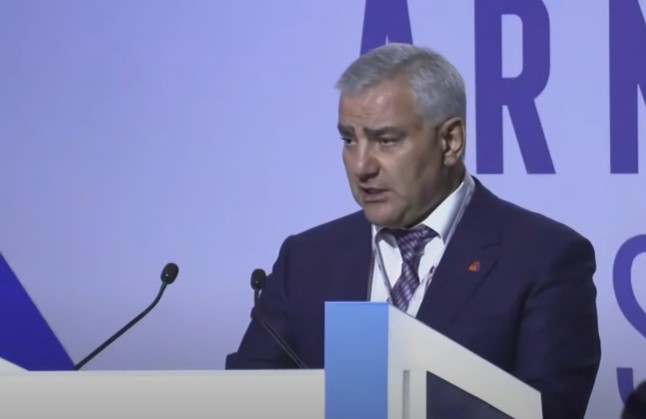 (Armradio)- Tashir Group is planning to invest up to $600 million to ensure Armenia’s energy security, create new production capacities and modernize of electric networks, President of Tashir Group of Companies, Chair of the Association of Armenian Entrepreneurs Samvel Karapetyan said at the Armenia Business Forum 2021.

Announcing the plans, Samvel Karapetyan said energy is the basis of development of any economy, and it is doubly important in case of Armenia.

The second important direction is industry, he said. “Sustainable development of the country is impossible without the development of production capacities, including the implementation of new innovative solutions in the sphere. The development of new capacities in the locomotive of the whole economy, which increases the export capacity, creates jobs,” Karapetyan said, adding that a total of $50 million will be invested towards this end.

According to him, tourism is another important sector for Tashir Group. “Armenia is a unique country for tourism with a huge potential for development. We will allocate about $50 million or the sphere,” Karapetan stated.

Tashir Group will next promote youth entrepreneurship, and will provide about $30 million for those programs.

Finally Samvel Karapetyan attached importance to continuing the development programs in Artsakh. “It’s impossible to imagine Armenia without Artsakh, and our task is to ensure a safe future for Artsakh,” he said, adding that about $50 million will be allocated for development programs.

Samvel Karapetyan called for investments in the Armenian economy. He noted that despite the difficulties of the past years, Armenia remains a favorable country for business, especially for Russian businessmen.

“The Armenian economy is open for close cooperation thanks to traditionally friendly relations between our peoples,” Karapetyan said.

He said the forum organized by the Association of Armenian Entrepreneurs aims at boosting the development of Armenian economy through investments, establishing closer ties with businessmen from different countries, including Russia, taking the dialogue to a new level and uniting the Armenian business community across the world, promoting and supporting young entrepreneurship.

He said that the government, in turn, should create conditions for the effective functioning of the business.