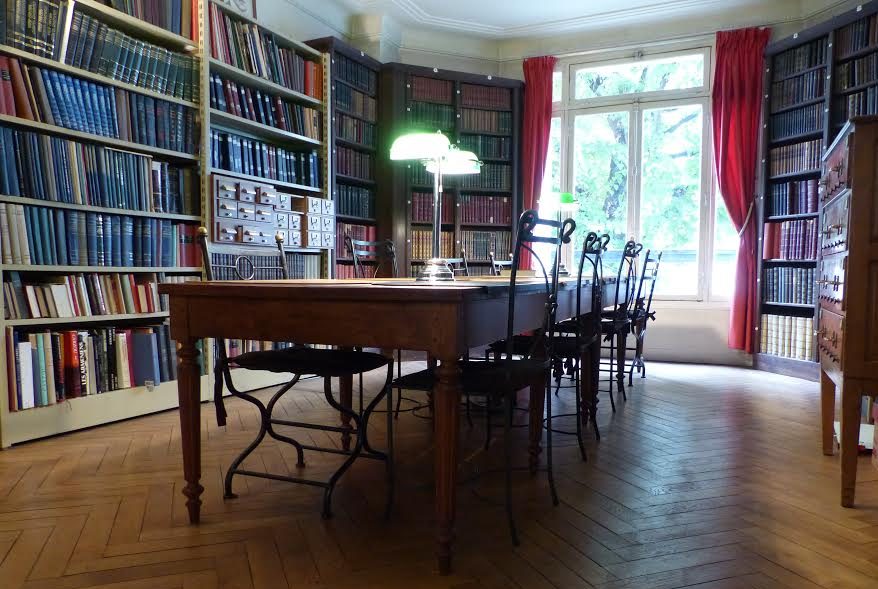 The AGBU Nubar Library in Paris is proud to announce the launch of its website, offering a wealth of information, photos and documents about Armenians in the Ottoman Empire and the Armenian diaspora. The library’s collection primarily concerns the nineteenth and twentieth century and is a vital resource in the preservation of Armenian cultural heritage.

The website-which will continue to be updated with digitized materials-is already home to a photo collection of prominent Armenian leaders and of Armenian life in the Ottoman Empire and early diaspora; portions of the Andonian archive of Armenian Genocide testimonies as well as portions of the archives of the Armenian Patriarchate of Constantinople, the Armenian National Delegation and AGBU; digitized copies of the French-language Constantinople-based journal Renaissance published from 1918-1920; a virtual tour of the exhibit Arménie 1915, held in Paris in 2015; and a digitized collection of the library’s journals Revue d’histoire arménienne contemporaine and Études arméniennes contemporaines.

The Nubar Library houses more than 43,000 printed works, 500,000 archival documents, 1,500 periodicals and 10,000 photos as well as hundreds of manuscripts from the nineteenth and twentieth centuries. It is also home to a large collection of unpublished materials and gathers historical documents of great value in understanding contemporary Armenian history. “I am delighted that our months of work has resulted in a website that I hope people the world over will find useful in their scholarly and personal research. The collection at the Nubar Library is tremendously rich and we are working to make it as accessible as possible to as many as possible,” said Boris Adjemian, director of the AGBU Nubar Library.

The AGBU Nubar Library was established in 1928 by AGBU founder and president Boghos Nubar. Over the course of its history, the library has become one of the main research centers in the Armenian diaspora. In its early years, the library was directed by Ottoman Armenian writer and journalist Aram Andonian under whom the library’s collection expanded dramatically thanks to major donations by Armenian politicians and men of letters in the first half of the twentieth century. Conceived of as a center for Armenian and Near Eastern studies and as a site for Armenian intellectuals to exchange ideas, the library has sought to develop a diverse archive on Armenian affairs and remains an indispensable resource for scholars, journalists, documentarians, researchers, students and individuals interested in Armenian history.