The Armenian Embassy in Ottawa Houses A Treasure: “The Last Shepherd of Kessab” 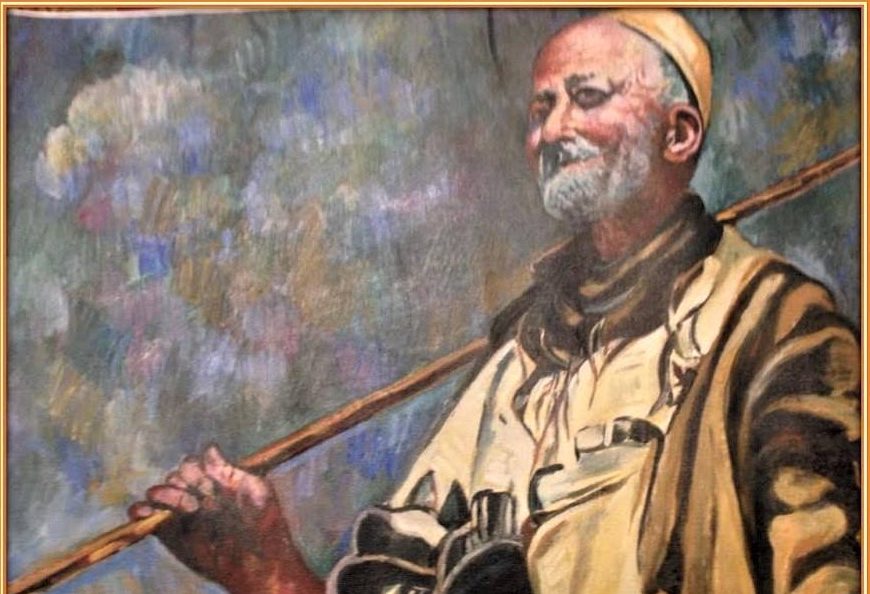 The Armenian Embassy in Ottawa recently received a very special gift. An impressive painting of a shepherd by relatively unknown painter H. Assadourian, who was commissioned to do the work for Marie Ghazarian Nichols. The painting (oil on canvas) depicts the last shepherd of Kessab known as Chulpaz (real name, Kerop Arabian) by the villagers. A black and white picture of the painting was first published in 1956 in an album about Kessab. The album was edited by the late Bishop Terenig Poladian and was published by the Beirut Kessab Educational Association (Kesabi Ousoumnasirats Myutyun).

Until a couple of months ago the painting was owned by Marie Ghazarian Nichols, who lives in Penticton, a small town in British Columbia’s interior.

Sometime in the 1970’s Marie was visiting Los Angeles when she came to meet Assadourian and commissioned him to reproduce the old picture at her disposal from the Kessab Album.

Marie Ghazarian Nichols has a story of her own. Originally from Kessab, she was sent to an orphanage at an early age. She graduated from the prestigious Altounian Hospital’s Nursing program in Aleppo, in the late 1940s. While still in the Middle East, she worked as a nanny for the Jordanian Royal family and then with Palestinian refugees.

She immigrated to Canada to find a permanent home, leaving behind relatives, friends and a love story. Since then she’s been living in the remote idyllic town of Penticton BC, with her children and grandchildren.

Sharp minded and still curious at the age of 98, she cherished the artistic reproduction of her village shepherd that was pinned on the wall of her small house for decades.

For years Marie Nichols tirelessly looked for a permanent home for her beloved painting, the only memory she still kept from Kessab. All she wanted was assurance that the institution that  would eventually own it is reputable.

The painting is now safely housed at the Armenian Embassy in Ottawa, whose officials have sent a letter of acknowledgement to Marie Nichols.

It’s worth noting that Marie first got in contact with TorontoHye with a letter back in 2010 asking for a yearly subscription upon receiving a copy of the paper from a relative.

EVN Report’s Editors Talk About Challenges Of Living In Armenia, The New Generation’s Promising Outlook And The Velvet Revolution