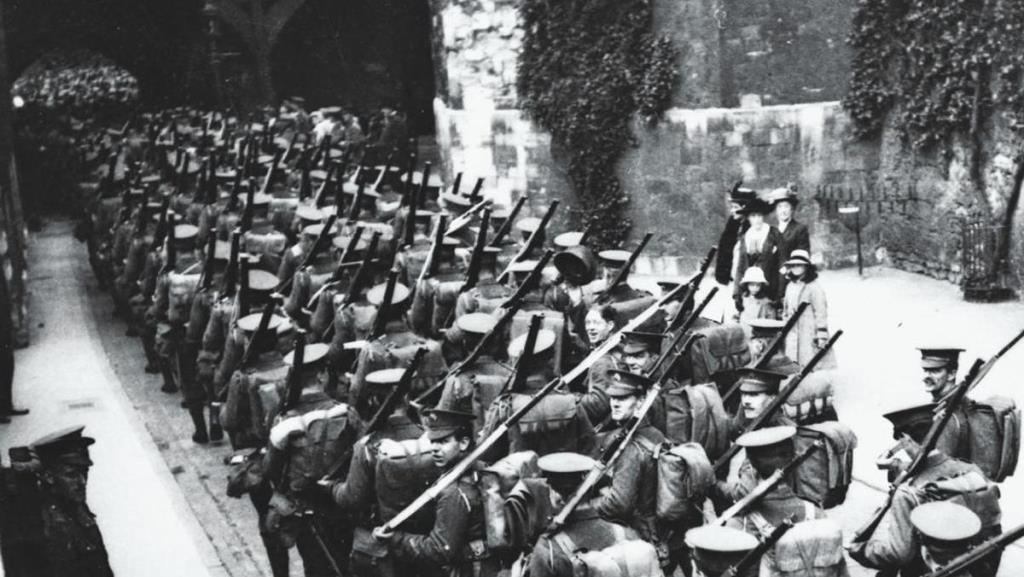 If you ask me whether there is a link between the deportees walking in the hot summer of 1915 in the Syrian desert southwards, and the refugees of 2012 escaping barrel-bombs northwards, I would intuitively say yes, there should be one, but as a historian I would say “we don’t know”. We, historians, simply did not pose this question.

It was in late 2011, or early months of 2012. The popular uprising in Syria demanding political change had come under massive repression from the state, and was turning into an ugly war. Thousands of Syrian civilians were forced to leave their homes, farms, villages and neighbourhoods to find refuge in the north. They left behind towns such as Aleppo, Jarablus, Manbij, Raqqa, Der Ez-Zor… They found refuge in Turkish refugee camps in southern Turkey, but also inside cities such as Antakya, Kilis, Aintab, Urfa, Mardin, Adana, as far as Izmir and Istanbul. As I followed the Syrian tragedy unfold, I was reminded about another wave of forced migration, a hundred years back. It reminded me the First World War, and the deportations, concentration camps and the massacres of Ottoman Armenians and Assyrians driven from north to south. It reminded me my family that was forced to leave Aintab to find refuge in Der Ez-Zor, before settling in Aleppo.

In spite of a hundred years in between, and in spite of important difference in context, in my mind there was a link between the two events. I saw civilian populations escaping state violence. The state discriminated against a part of its own subjects (citizens is an inadequate word where populations do not have political rights), based on their ethno-religious identity. The mass violence of 1915 destroyed the principles upon which the Ottoman Empire had functioned for centuries. It was being destroyed by a group of secretive ideologues inflamed by a dream of a vast Turkic empire, and the fear of losing the one they possessed. Behind all the ideological discourses there was a naked lust for power and personal enrichment: they appropriated the wealth of their victims. In 2011, the mass violence was to preserve the dynastic rule of the Asad family, in power since 1970, which made haughty promises of pan-Arab unity but destroyed even the unity of the Syrian nation.

If you ask me whether there is a link between the deportees walking in the hot summer of 1915 in the Syrian desert southwards, and the refugees of 2012 escaping barrel-bombs northwards, I would intuitively say yes, there should be one, but as a historian I would say “we don’t know”. We, historians, simply did not pose this question.

When you open a general book that narrates the modern history of the Middle East, or, for that matter, a history of the First World War, you would hardly find the 1915 genocide mentioned. You would hardly find the history of Armenians, Assyrians and Greeks, as if those three people are not from the Middle East: Greeks have been exiled to Europe, Armenians to the Caucasus, and Assyrians forgotten altogether. Those three nations, should I say Middle Eastern civilizations, present in that geographic area for millennia, much before the arrival of Arabs and Turks, today they are expelled not only from the land, but also from its collective memory.

A century later the events of the First World War is haunting the Middle East. Hundred years later the “great” war did not end in the Middle East. By saying this, I do not mean that war, mass violence, and genocide is something inherent to the Middle East, nor a specificity of Islamic societies. Any such suggestion could only mean the ignorance of its author. The most horrendous of wars and atrocities, the First World War, the Second World War, the extermination of European Jews, a series of colonial wars and the massacre of colonized populations, were done by European, colonial empires, the same societies that are at the source of modern civilization based on parliamentary democracy and market economy.

Only in the last fifteen years that the genocide of the Ottoman Armenians became accepted among academic circles. This came after nearly half a century of censorship and oblivion, followed by decades of official denial. This denial did not come only from the Turkish state – that would have been easy to counter – but also by third parties in Turkey, Middle East and beyond, who enabled silence and denial by their indifference. The result is that we have developed a historic narrative of the modern Middle East with data missing, with misconceptions, with black holes. How can we learn from history in case we do not know history?

We can deny our history, we can tell lies about our past. By doing that we only fool ourselves.

The article was published on Agos.com.tr