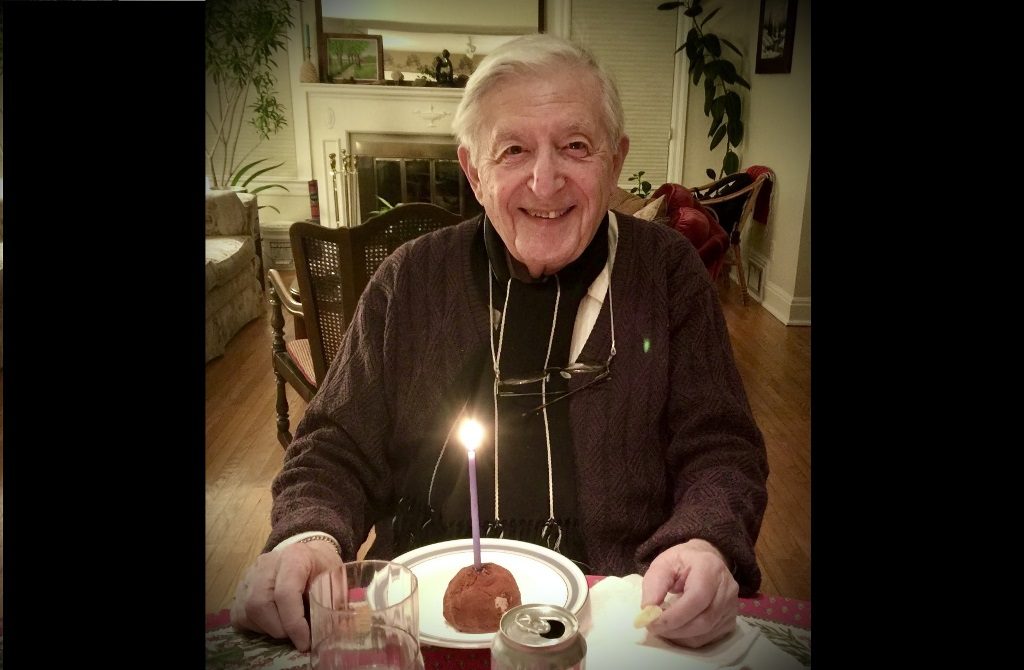 One of the pillars of Toronto’s Armenian community died on February 19th, 2020, after a valiant struggle with multiple medical issues. He was days shy of his 92nd birthday.

Vartan Vartanian served as a deacon in the church, a member of the parish council, and a co-founder of the Saturday school in the church basement, where he also was a teacher for many years. That Saturday school eventually gave birth to the city’s Armenian day school, the ARS Armenian School of Toronto. It was a great source of pride.

For many decades, as the Armenian population grew, Vartan was a tireless supporter of the community, giving in spirit, in time and in money.

He immigrated to Canada in 1956, with his wife Sirounig (Sirvart) and baby daughter Talin, with the assistance of their sponsors, Dr. Douglas and Margaret (Maggie) Tushingham, archaeologists at the Royal Ontario Museum. Vartan was the photographer, guide and interpreter for Dr. Tushingham during digs in the deserts near Jerusalem, and they remained very close friends for the rest of their lives.

Those who knew him through the 1960s, ’70s and ’80s will best remember Vartan as the unofficial community photographer. He was a presence at every school recital (“hantess”), community play, concert, picnic or fundraiser, always with his camera in hand, photographing the action and the audience, then organizing group photos.

For several decades, Vartan also was the photographer of choice for hundreds of Armenian weddings, often with Sirvart as his assistant, ensuring every veil, bow tie and bouquet was in place before Vartan clicked the shutter.

Vartan was the life of the party. Anyone who met him loved his radiant smile and found him to be instantly charming. He saw the goodness in people and was full of laughter, jokes and stories. He loved to play games, especially backgammon and poker with his friends. He had a special knack with small children because he was, in some ways, impish and childlike himself.

He had a beautiful voice and loved to sing, everything from the church liturgy to Armenian folk songs to tunes from Hollywood musicals. And he was a talented harmonica player. When he worked with Dr. Tushingham in the 1950s, Vartan would serenade the archaeological team at nightfall with show tunes from the popular musicals of the day, singing and sometimes playing his harp. If they had not yet fallen asleep when he stopped, they would shout from their tents, “Encore! Encore!”

Sadly, the last few years of Vartan’s life were extremely challenging. He was frail, he lost his voice, and he felt imprisoned in his home. Even though he had multiple health issues, had lost a great deal of weight and could barely move from bed to chair, he talked about wanting to board a plane and fly to a Caribbean beach or back to his birthplace. It would not have been possible.

Vartan asked for a very simple burial. He did not want people standing over his grave and mourning. Instead, true to character, he asked that his close friends gather at a later time to remember him, to share stories, sing some songs, have a few drinks, and enjoy themselves.

He will be dearly missed by his immediate family – wife Sirvart, son Hratch (who was born in
Toronto) daughter Talin and her husband Konrad Ejbich, and his much-cherished only grandson Christopher. Vartan’s extended family, and his far-reaching network of friends in Toronto, the U.S. and around the world, are also mourning his death.

Those who wish to may honour Vartan with a donation in his name to his favourite charity, the ARS Armenian School of Toronto. http://www.arsarmenianschool.ca