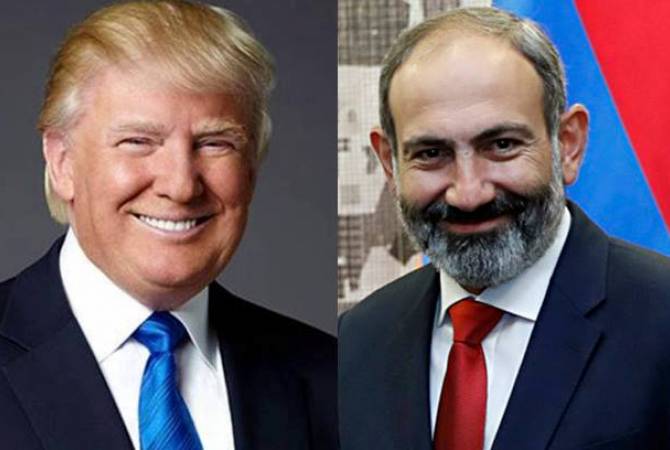 WASHINGTON—The White House on Tuesday released a letter, dated May 14, in which President Donald Trump congratulated Prime Minister Nikol Pashinyan on his election to lead Armenia.

“Congratulations on your recent election. I look forward to working with you on the many areas of mutual interest for our two countries, including strengthening trade ties, democratic institutions and regional security,” said Trump in his message to Pashinyan. “Progress on fighting corruption, bringing all political parties together and peacefully solving the Nagorno-Karabakh conflict will help these efforts and ensure and Armenia’s bright future.”

“Best wishes to you and the people of Armenia,” concluded Trump’s letter.

“The meaningful contrast between the White House’s congratulatory letter to Armenia’s Prime Minister Pashinyan and its pro forma note to President Aliyev – which did not even mention Azerbaijan’s deeply undemocratic election – may very well represent progress toward the ANCA’s long-term aim of ending the flawed policy of false parity that has, for far too long, characterized America’s approach to Armenia and Artsakh, on the one hand, and Azerbaijan on the other – on issues of peace, democracy, and development,” said Aram Hamparian the Executive Director of the Armenian National Committee of America.

Seeing new opportunities with Pashinyan’s election, the ANCA has renewed its call for a U.S.-Armenia double-tax treaty and urged the Secretary of State Mike Pompeo for fast action on a $140 million Millennium Challenge Corporation grant for science, technology engineering and math, commonly known as STEM, for Armenia.