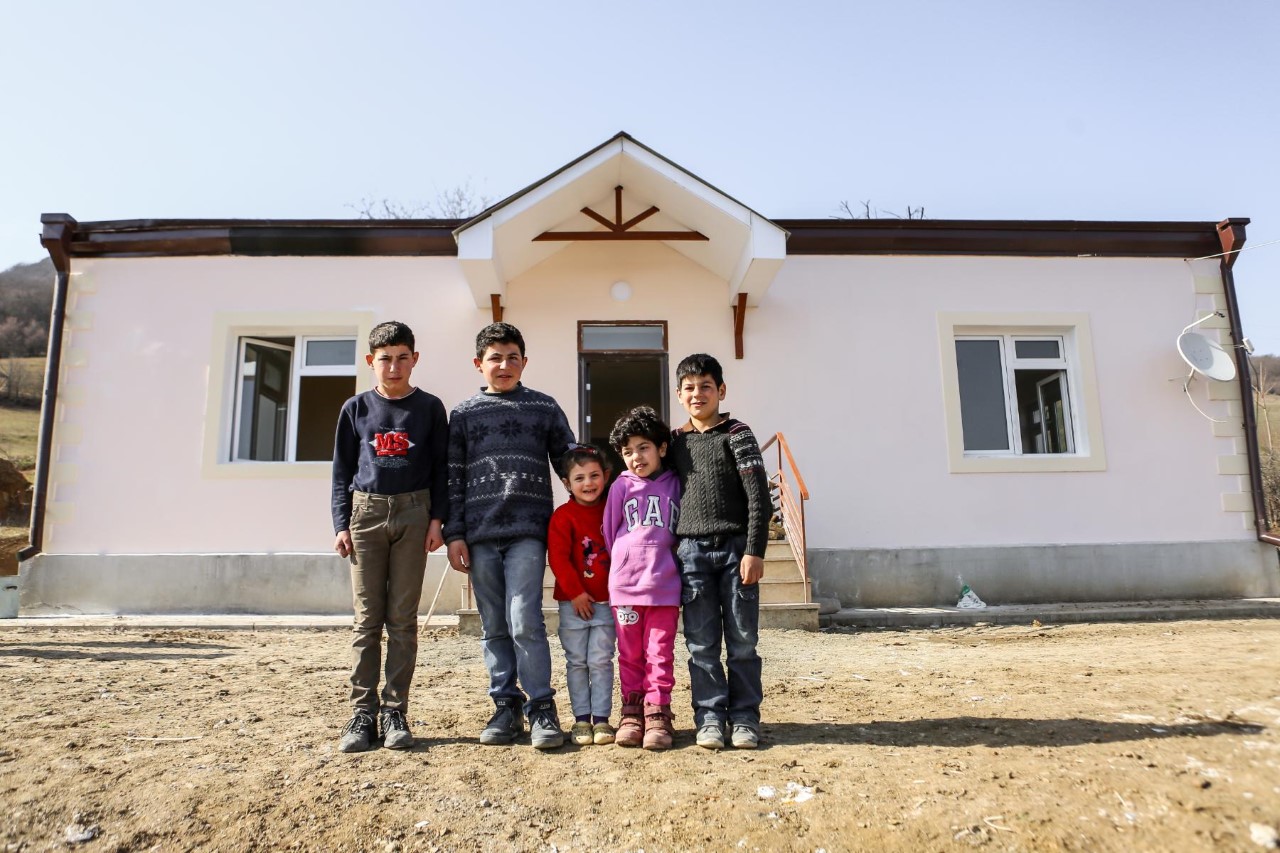 The Avagyans, an Armenian family of eight, whose home sustained major damage by Azerbaijani shelling last year, was given a second chance at life in the region; the Avagyan family residence was renovated thanks to the efforts of the Tufenkian Foundation. Theirs is the first home restored in a new initiative initiated and undertaken by the Foundation, in cooperation with the Hayastan All Armenian Fund (Himnadram).

Tsovategh, a small village situated in Artsakh’s Martuni region, is home to a little more than 150 residents. It was recently made a target during heavy bombardment in the region in the course of the 44-day war against Azerbaijan. “Our home was hit twice and suffered substantial damage—it was no longer habitable,” explained Gegham Avagyan, whose family has lived in the village for generations. He, along with his wife Elina, are parents to six children, with a seventh on the way. “We never intended on leaving here. This is our home,” Gegham added.

The Avagyan children—Vahram, 15; Raffi, 13; Arinka, 12; Zaqar, 9; Marinka, 7; and Varushik, 5—were excited to see their once damaged home completely renovated in just a few weeks. “We are excited to move back as we expect the birth of our new sister. She will grow up here like we have,” explained Vahram, the eldest of the six.

A veterinarian by education, Gegham intends to continue and develop his agricultural work by enlarging his farm and planting more crops this spring. Both he and Elina are hopeful that they will also expand their family in the coming years. “We want 10 kids. Ten is a good number,” said Gegham.

The Avagyan family home is the first of a total of 13 homes in the region, which the Tufenkian Foundation has decided to renovate and restore following the perils of the war. The program will focus on Herher and its surrounding villages, including Tsovategh and Kherkhan, and completely renovate residences that have suffered major damages during the war, as well as the family homes of fallen soldiers.

“We are happy to announce the launch of this program, the main purpose of which is to help our compatriots return to a normal life in their own homes,” said Tufenkian Foundation executive director Raffi Doudaklian. “We are excited that the Avagyans—a family with six children with a seventh on the way—are the first to return to their restored home,” Doudaklian added, during a visit to the home on Feb. 11, at which the village mayor, Samvel Abrahamyan, was also present.

According to Mayor Abrahamyan, the renovation program is an important way to ensure that the region’s residents remain in their villages and help safeguard their future success. “Tsovategh is an ancient Armenian village that has been around for more than a millennium. We’ve uncovered an eighth-century khatchkar (cross-stone) here; we have an ancient church here. We have to make sure that our villagers remain here and carry on their families’ legacies,” Abrahamyan said. 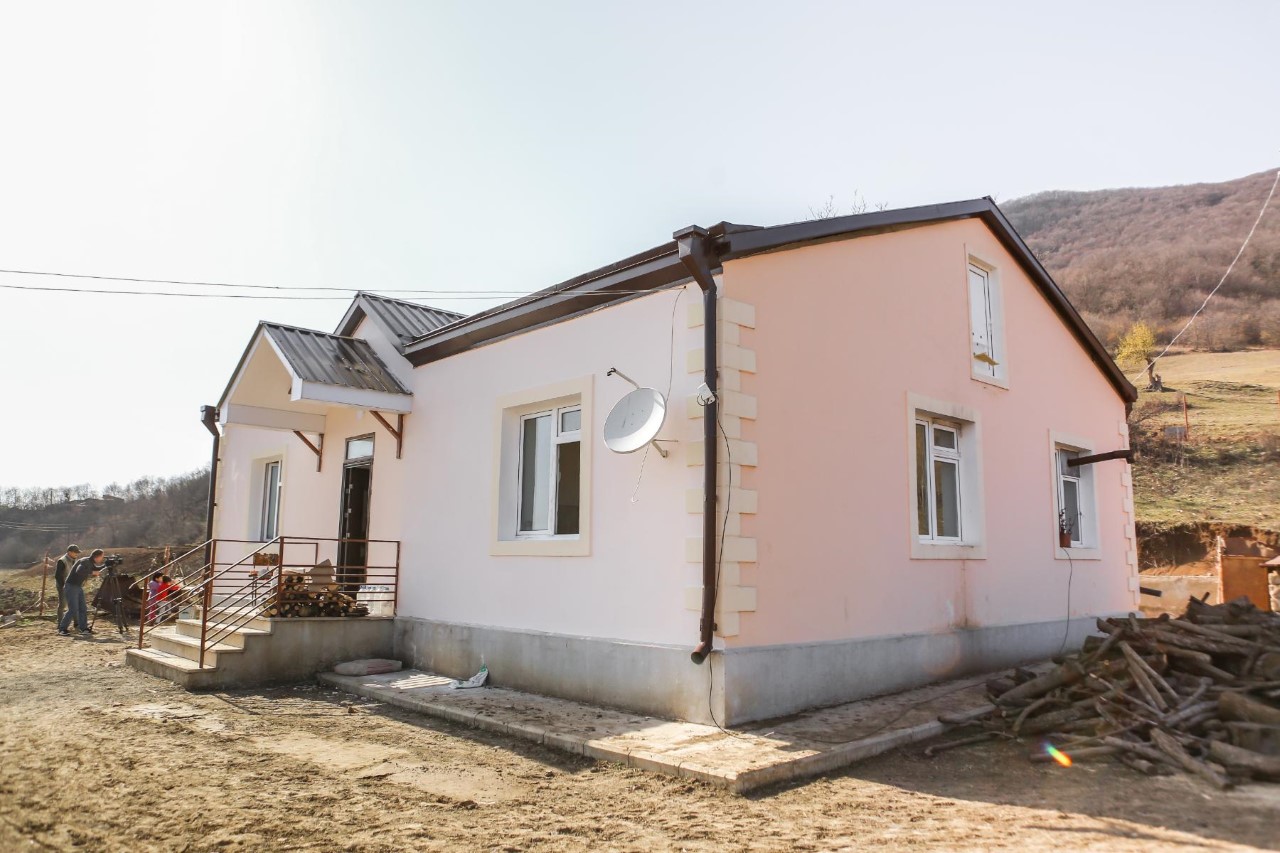 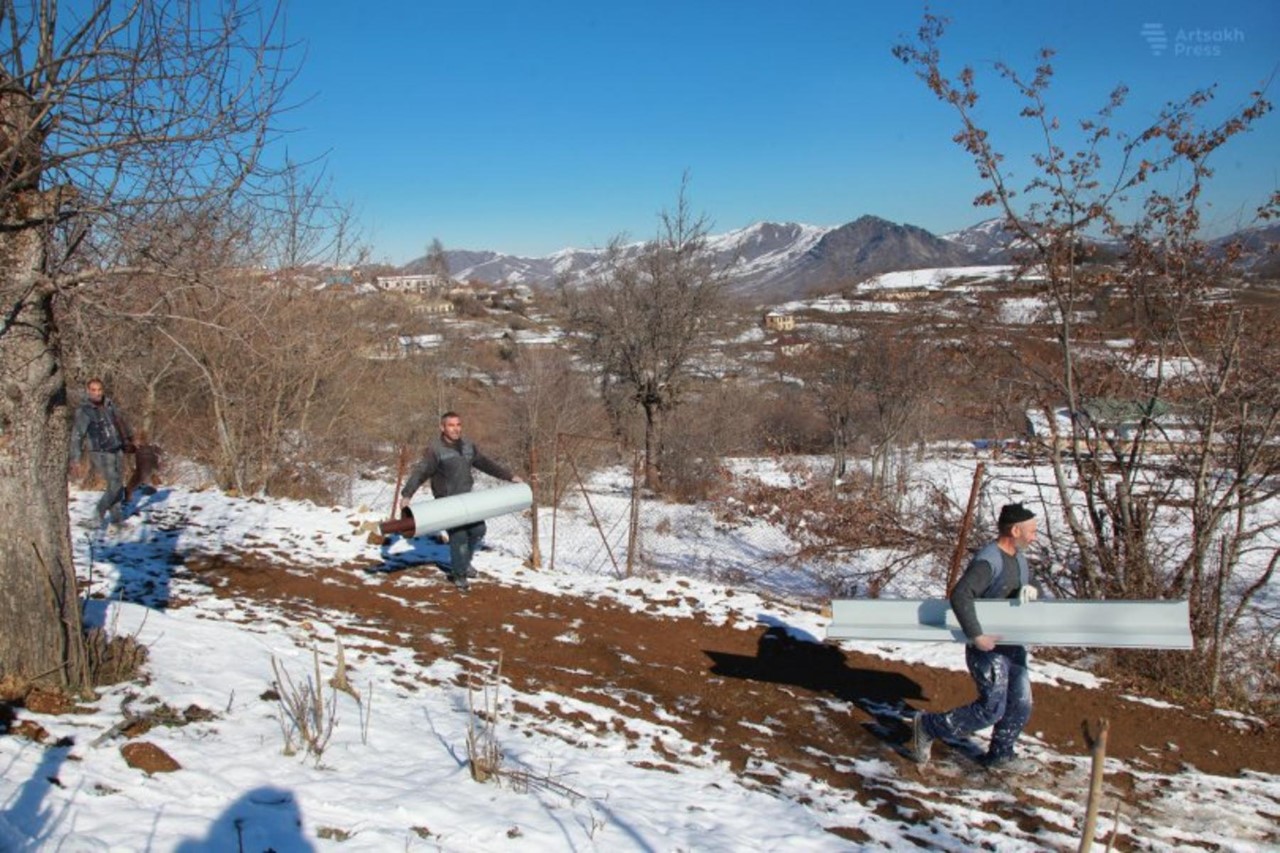 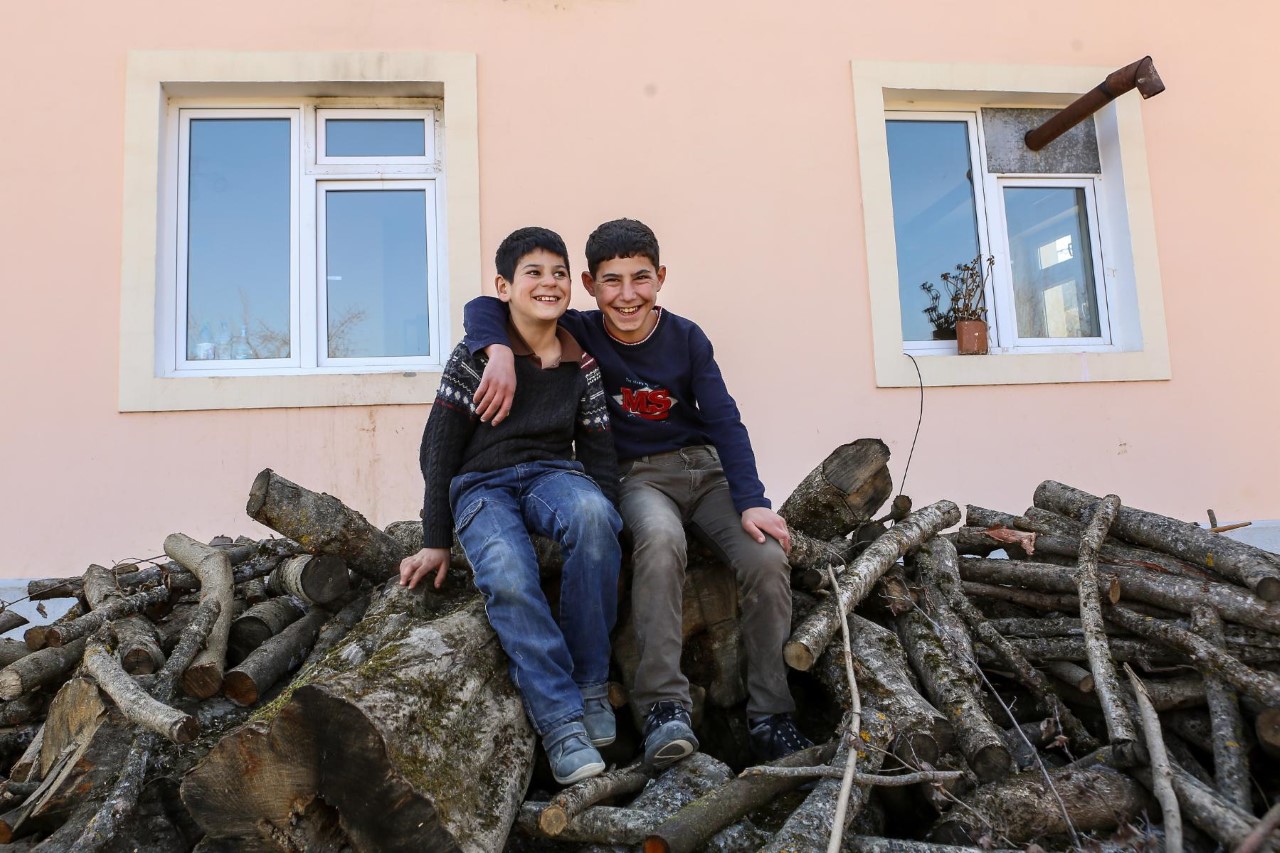 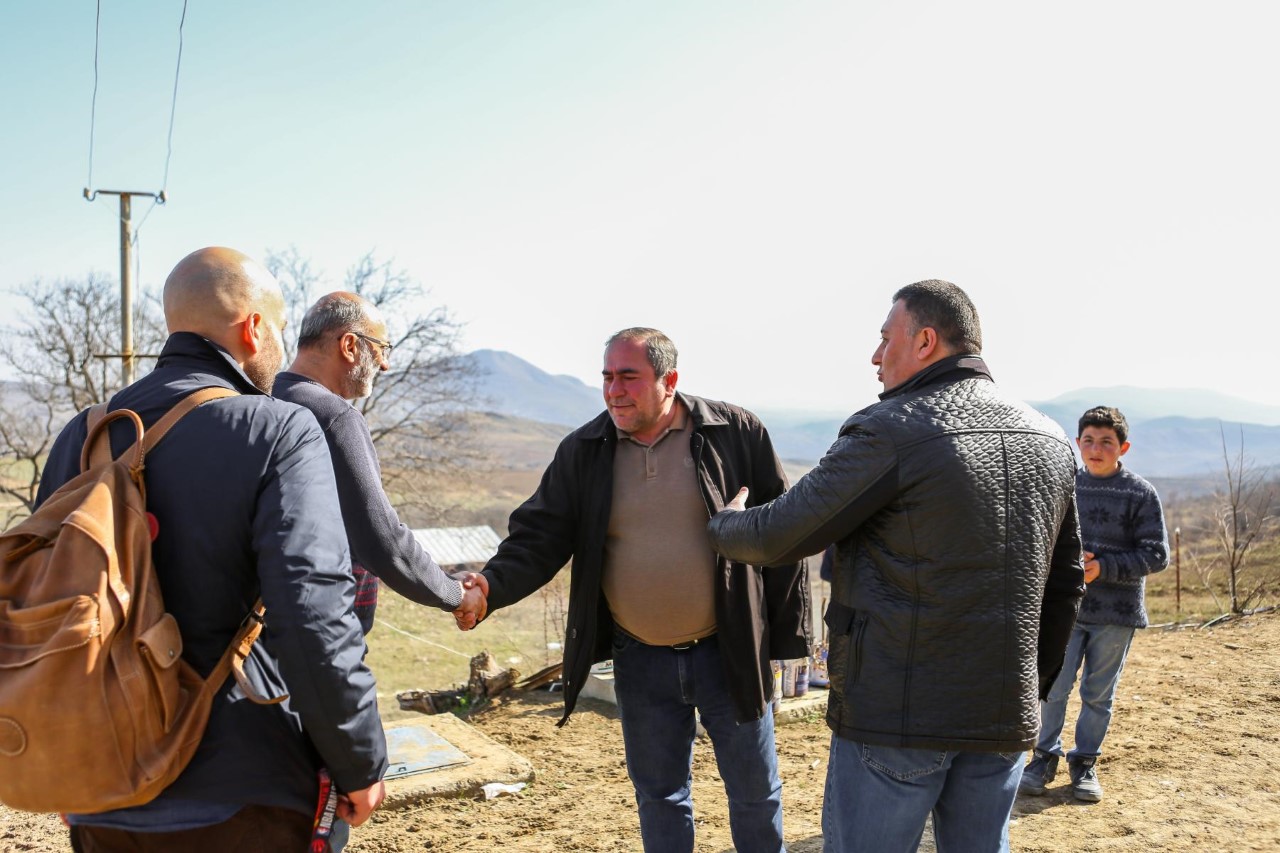