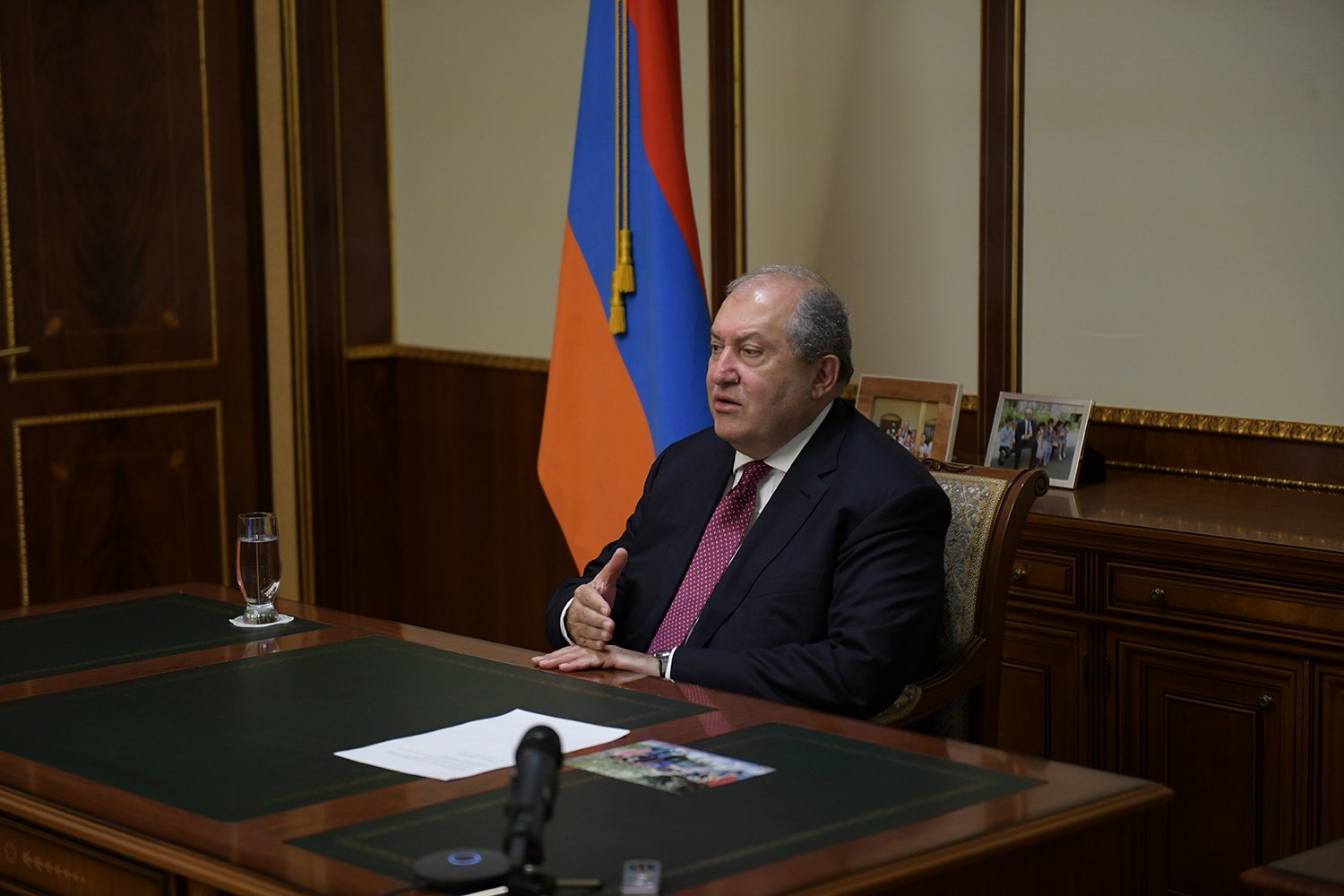 “Armradio”- Armenia’s President has demanded that international powers do more to stop Turkey’s involvement in the war for control of Nagorno-Karabakh, warning that Ankara is creating “another Syria in the Caucasus”.

He called on Russia, the US and NATO to restrain Ankara, describing it as “the bully of the region”.

“If we don’t act now internationally, stopping Turkey from the perspective of making this region a new Syria, then everyone will be hit,” he told the Financial Times in an interview.

“What is a Nato member state doing in Azerbaijan helping to fight Nagorno-Karabakh? Explain to me,” he said. “That completely redefines the role of NATO.”

“We had a ceasefire for more than 20 years,  but now we have a full war,” Sarkissian said, describing Turkey as a “360-degree bully.”

“That presence is destroying the balance. When there was no Turkey, the mechanism worked,” he added.

Azerbaijan and Turkey’s approach, Sarkissian said, “means ethnic cleansing. Cleaning it up  they want that piece of land.”

“For Armenians worldwide,  it reminds us of the genocide on Armenian soil,” he said. “This is a fight against genocide.”

He said Armenia would never abandon Nagorno-Karabakh and that “thousands” of ethnic Armenians living in other countries were already attempting to return to fight for the land.

“They are the grandsons of the people who suffered the genocide,” he said. “Millions of Armenians from all over the world will come and fight for Nagorno-Karabakh because they will not allow Turkey to finish what it started.”