Turkey Ranks Among Top 10 Countries With Probability of Committing Genocide 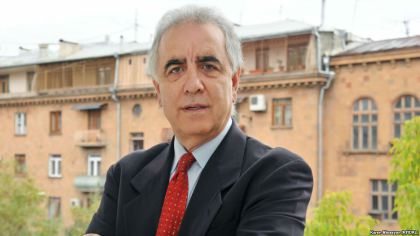 According to the Early Warning Project of the U.S. Holocaust Memorial Museum, Turkey is ranked 8th among countries with the highest risk of committing mass killings. Azerbaijan is wrongly ranked much lower at 87th, and Armenia is correctly ranked even lower at 102nd. Turkey is assessed as having 11.2 percent or a one in nine chance of new mass killings during 2019.

The Early Warning Project stated that “genocides are never spontaneous. They are always preceded by a range of early warning signs. If these signs are detected, their causes can be addressed, preventing the potential for catastrophic progression.”

The United States Holocaust Memorial Museum’s founding charter, written by Holocaust survivor Elie Wiesel, states that “only a conscious, concerted attempt to learn from past errors can prevent recurrence to any racial, religious, ethnic or national group. A memorial unresponsive to the future would also violate the memory of the past.”

Turkey’s high risk of committing genocide once again is based on its past and present actions. The Turkish government has not only committed genocide against Armenians, Assyrians and Greeks a century ago, but continues to commit mass killings against its minority Kurdish population. Even more concerning is the fact that Turkish leaders deny their history of mass murders and shamefully remain unapologetic, which leads to the commission of new crimes against humanity!

Turkey’s genocidal risk assessment is understated as the study only includes mass killings within a country, excluding the victims of interstate conflict. As Turkey has been involved in large-scale military attacks against Kurds in Syria and Iraq and threatens to expand its military actions in Northern Syria, the risk of its commitment of mass crimes is much higher than the study indicates.

The Early Warning Project explains that the failed coup attempt in 2016 increased the chances of mass killings in Turkey. Over 100,000 military and civilian personnel were dismissed and tens of thousands were imprisoned, many without a trial. “Other [Turkish genocide] risk factors include a lack of freedom of movement, the country’s anocratic regime type [a mix of autocratic and democratic characteristics], a large population, a history of mass killings, and the ongoing armed conflict between the government and Kurdish rebels.”

An Istanbul court sentenced Turkish journalist Pelin Unker to imprisonment for 13 months and 15 days after being accused of defaming her nation’s former Prime Minister and two of his sons. She was also fined $1,615 on January 8, 2018.

Unker had written an article in the Turkish newspaper Cumhuriyet, exposing that former Prime Minister Binali Yildirim and his two sons owned five shipping companies in Malta. After serving as Prime Minister for two years, Yildirim became Speaker of Turkey’s Parliament. He is currently a mayoral candidate in Istanbul on behalf of Pres. Erdogan’s ruling Justice and Development Party (AKP).

The Yildirim family’s ownership of companies in Malta was exposed by the “Paradise Papers” and published in newspapers around the world. As I had reported in my June 2017 article, the Yildirim family owned the following shipping and other foreign assets worth $140 million:

Strangely, Pelin Unker was the only journalist punished for exposing the Yildirim assets. Unker said she will appeal the unfair sentence as Yildirim acknowledged in court that he owned the companies in an offshore tax haven. The former Prime Minister and his sons filed a lawsuit in November 2017, accusing Unker of “insulting and slandering a public official.”

Gerard Ryle, Director of the International Consortium of Independent Journalists, condemned Unker’s punishment “as yet another disgraceful attack on free speech in Turkey.” Ryle added: “the sentence ignored the truth of the Paradise Papers’ investigation and it would have a chilling effect on what little remained of press freedom in Turkey. This unjust ruling is about silencing fair and accurate reporting. Nothing more. ICIJ commends Pelin Unker’s brave and truthful investigative reporting and it condemns this latest assault on journalistic freedom under Turkish President Recep Tayyip Erdogan’s autocratic rule.”