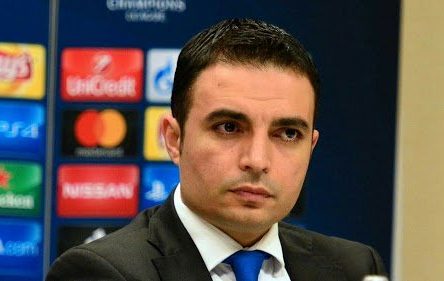 (Armradio)- UEFA has moved swiftly to provisionally ban Qarabag FK communications officer Nurlan Ibrahimov after comments made on social media calling for the killing of all Armenians.

UEFA said: “Nurlan Ibrahimov, is provisionally banned from exercising any football-related activity with immediate effect until the UEFA Control, Ethics and Disciplinary Body decides on the merits of the case.”

Last week the Armenian Football Federation (FFA) complained about a post on social media by “Nurlan Ibrahimov, a PR and media manager of Qarabag FK, calling to kill all the Armenians, old and young, without distinction.”

Ibrahimov posted: “We [Azerbaijanis] must kill all Armenians – children, women and the elderly. We need to kill them without making a distinction. No regrets. No compassion.”

The FFA added that “he also justified the fact of Armenian genocide committed by Turkey” in 1915 and 1916. The posts were later deleted.