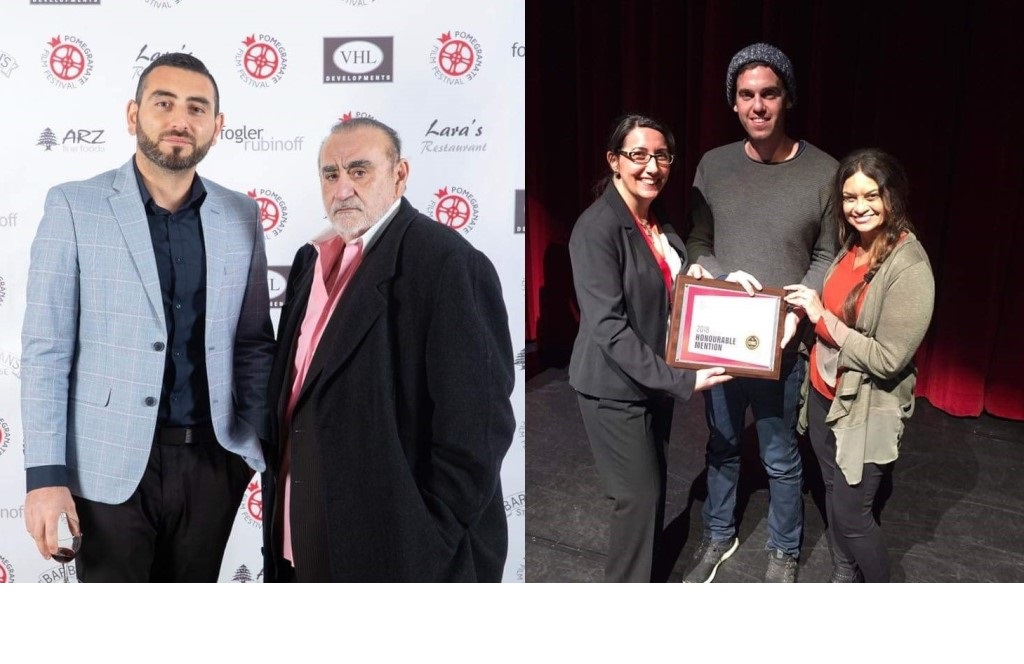 The memorable ‘SYMPHONY OF FILM’ also screened the winning student films of Daniel Tcherkezian, in association with Jacob Lin, and Anna Maria Moubayed for POM’s first ever POMyouth film initiative. A group of ARS Lapoyan high school students took part in an exclusive opportunity to learn about the art of filmmaking under the guidance of renowned filmmakers, producers and actors including executive producer Silva Basmajian, director Ara Sagherian and actor Kamee Abrahamian.

The iconic Mary Apick received the festival’s prestigious Golden POM award for her outstanding contributions to film and humanitarian efforts. Her historical drama, PRICE FOR FREEDOM, was a celebration of courage in the face of oppression. The evening program also included a special presentation by this year’s jury member Bared Maronian and an unforgettable performance by the gifted musician Nuné Melik.

The Sunday program of the festival offered a diverse program starting with Dr. Robert Deranian’s TABU, a tragic love story between a pair of Armenian and Turkish college students. Mimi Malayan presented the world premiere of her documentary, THE STATELESS DIPLOMAT, based on the life of her great-grandmother, the incredible Diana Abcar, who served as Armenia’s unofficial ambassador in Japan following the Genocide. Her life mission was to work tirelessly to ensure the welfare of Armenian survivors. The funds raised from this screening were donated to the Armenian Relief Society’s Dr. Nadia Injeyan-Tatikian Bursary.

Price Bagdasarian was delighted to screen his suspense feature, DIVERTED EDEN, as part of the closing night films. Actor Ken Davitian, who stars in the action-packed film, also attended the screening and participated in a wonderful post-screening discussion.

The Italian comedy, HOTEL GAGARIN, was the Festival’s final film, paired alongside the shorts of Oksana Mirzoyan and Hayk Matevosyan. The film took the audience on a light-hearted adventure through Armenia. The final screening was followed by the presentation of the jury and Audience Choice awards.

The winners of the 2018 POM Festival Awards were:

-Honourable Mention: POEM ABOUT A LONELY WOLF by Taron and Vrezh Petrosyan and DIRTY BOMB by Valerie McCaffrey

-POM Aril Award for Breakthrough Stars: Grigor Petrosyan for WHERE ARE WE GOING? Hayk Matevosyan for 3 MEN AND A DOG.