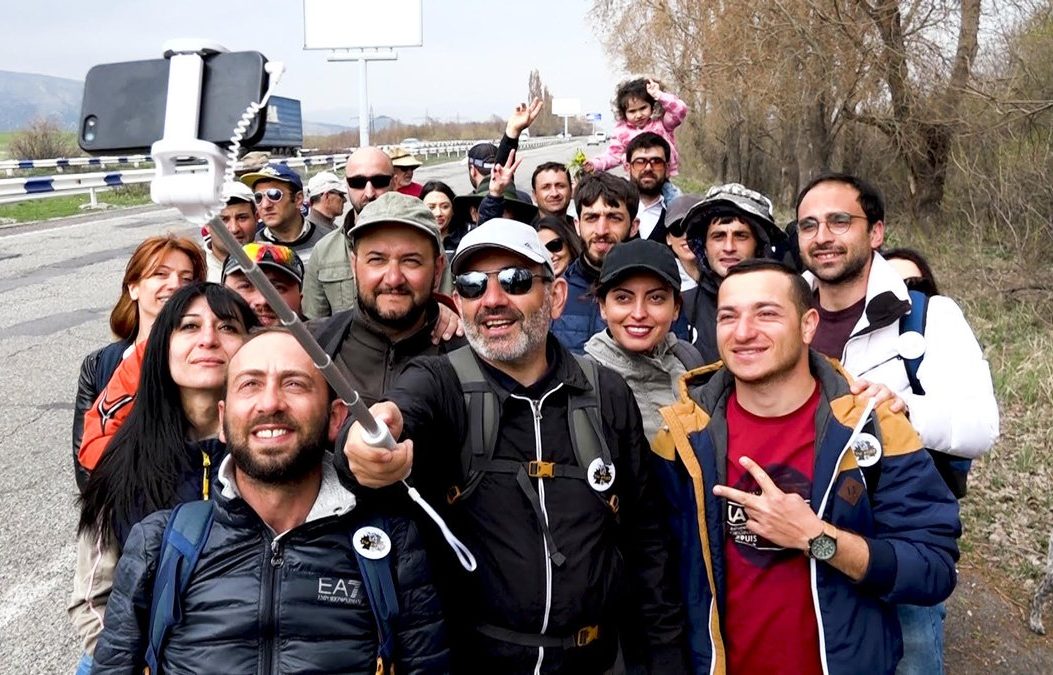 (TorontoHye)- Garin Hovannisian’s new documentary, I Am Not Alone, about Armenia’s popular movement which toppled the ruling regime in April-May of 2018, will premiere at this year’s Toronto International Film Festival (TIFF).

The documentary chronicles the 2018 Velvet Revolution combining gripping front-line reportage with interviews about events the cameras could not capture.

Directed by Hovannisian, I Am Not Alone extracts fascinating commentaries from an array of individuals on both sides, including Pashinyan and Sargsyan. “Defying one interview subject’s characterization of Armenians as a people “who had forgotten how to dream,” the film ably demonstrates that fundamental change brought about by the people can be made manifest,” reads TIFF website. “Hugely informative, briskly paced, and offering a laudable balance of perspectives, I Am Not Alone is a feat of nonfiction storytelling and a must-see for anyone eager to make sense of recent history.”

Garin Hovannisian is an Armenian-American writer and filmmaker. He co-wrote and co-directed the feature film 1915 (2015). I Am Not Alone (2019) is his latest film.