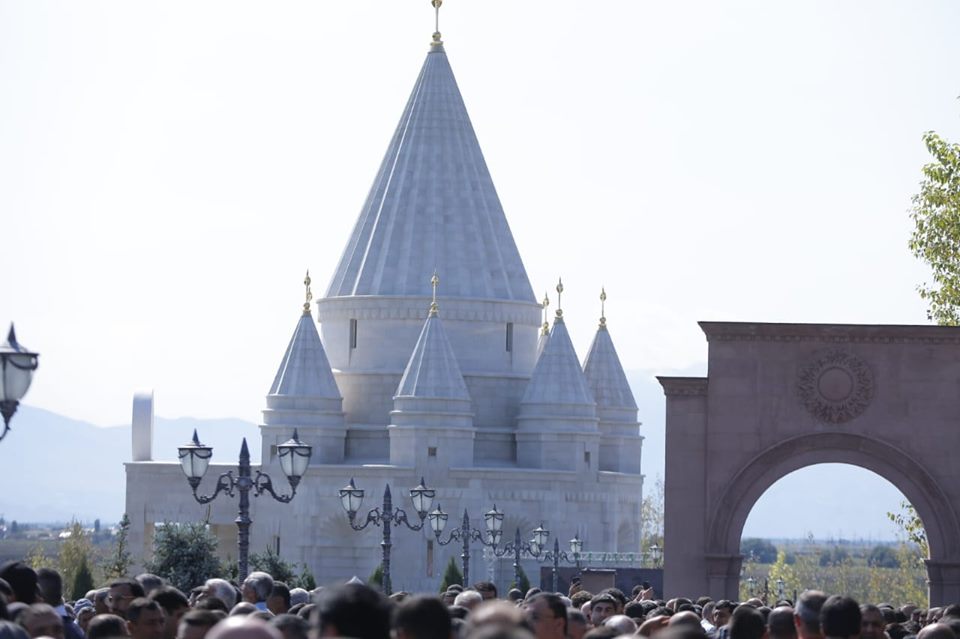 World’s largest Yezidi temple in the Armenian village of Aknalich.

The temple has been built by Russia-based Yezidi benefactors and the Yezidi community and is of great importance to Yezidis living around the world.

“It is symbolic and logical that the largest Yezidi temple in the world is in Armenia. Armenia is home to the Yezidi people. The children of the Yezidi people have been standing beside their Armenian brothers at many fatal and heroic moments,” Ararat Mirzoyan said.

Unfortunately, he said, in their modern history, Yezidis like Armenians have also fallen victim to genocide.