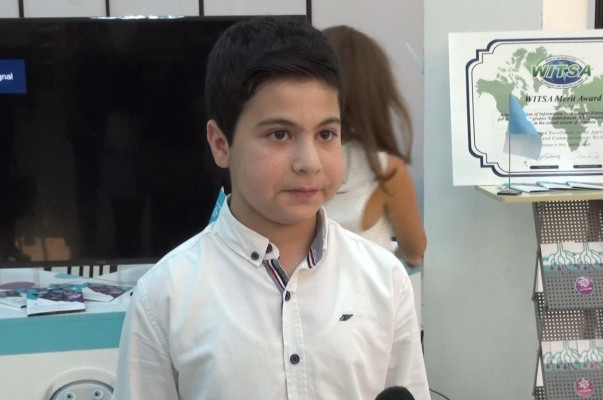 11-year-old Davit Baghdasaryan from Armenia has been interested in robotics for several years now.

The only multifunctional robot he has created is able to pick up items and move them, as well as read and answer to questions. Also, the robot has a camera.

In a conversation with PanARMENIAN.Net, Davit said he had long dreamed of creating a robot to facilitate people’s lives.

“I came up with a lot of ideas when studying the Aghues programming language, and I decided to learn as much as possible about robotics,” he said.

Davit developed the multi-functional robot within two months by combining his earlier robots.

The teenager is planning to improve his skills in the field of robotics and is going to create a harvesting robot next.