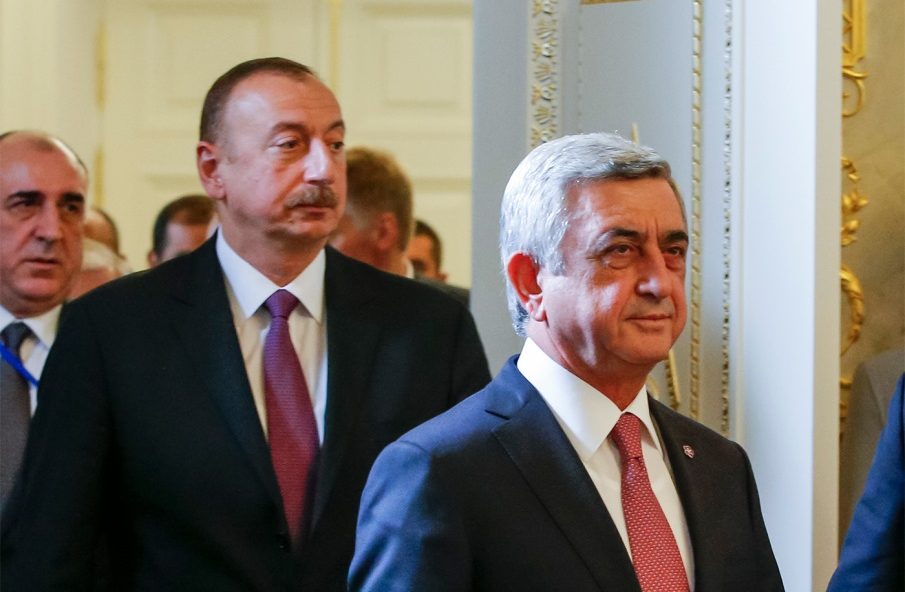 (Azatutyun). The presidents of Armenia and Azerbaijan have agreed to meet soon for fresh negotiations on the Nagorno-Karabakh conflict, U.S., Russian and French mediators said after their latest trips to Yerevan and Baku on Saturday.

“Both Presidents confirmed their readiness to reengage in negotiations with the purpose of reaching a peaceful settlement to the conflict,” the three co-chairs of the OSCE Minsk Group said in a joint statement.

“Information on the forthcoming summit will be released by the respective sides in the near future,” they added without giving any dates.

The mediators met with Armenia’s Serzh Sarkisian on Friday and Azerbaijan’s Ilham Aliyev on Saturday to finalize preparations for the summit. According to the statement, they also spoke in the two capitals about “possible topics” that will be on the agenda of the Aliyev-Sarkisian meeting.

The two presidents most recently met in May and June 2016 shortly after four-day deadly hostilities around Karabakh that nearly denigrated into an all-out war. They agreed to allow the OSCE to deploy more field observers in the conflict zone and investigate truce violations occurring there. They also hinted at progress towards a peaceful settlement.

The peace process again stalled in the following months, however. The Azerbaijani government has since been reluctant to implement the agreed safeguards against renewed fighting, saying that they would cement the status quo.

The mediating powers hope a fresh Armenian-Azerbaijani summit will help to break the current deadlock. It is not clear whether they have made any further changes in a framework peace accord on Karabakh that was originally drafted by them a decade ago.

Sarkisian announced in July a “preliminary agreement” on holding the next meeting of the presidents this fall. “My expectations from the meeting are not big,” he said.