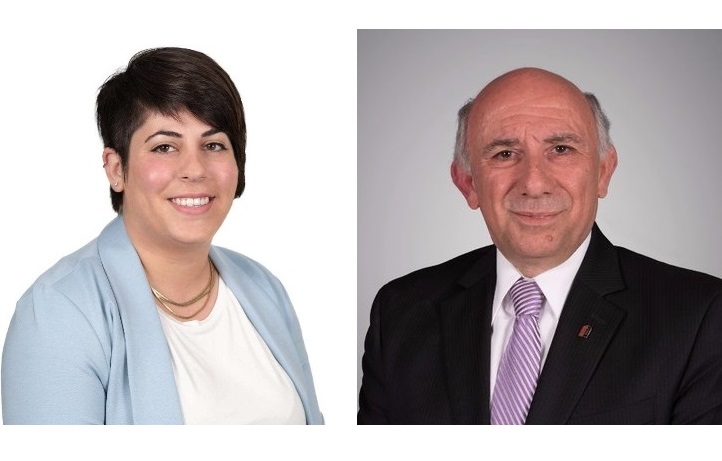 For forty years Babikian has been involved in Toronto-Armenian community activities at many levels, including as executive director of the Armenian National Committee of Canada. One of his significant efforts was campaigning to implement a high school genocide education course within the TDSB, which continues to flourish and expand.

He is a retired Citizenship Judge, World Vision Canada Multicultural Council Ambassador, Chair of Levant Settlement Centre, and board member of the National Ethnic Press and Media Council of Canada. Hackelberg helped establish the Armenian Students Association at the University of Waterloo as a student there. Her children currently attend the ARS Armenian School in Toronto.

She graduated from the University of Waterloo with both a mathematics and art degree. She is a high-tech software project manager. She has previously served as a television journalist covering York Region for a local Rogers TV station.

Possian attended Arpi Nursery School, a day care centre founded by her great aunt, Aida Meras. She is the grand-daughter of the founder of Istanbul’s Marmara Armenian newspaper.

She runs her own business where she helps non-profits design strategies for action. An experienced community organizer who has managed large-scale advocacy campaigns on issues like affordable housing and voter engagement.

I am an honorary Armenian: Serena Williams plans to visit Armenia