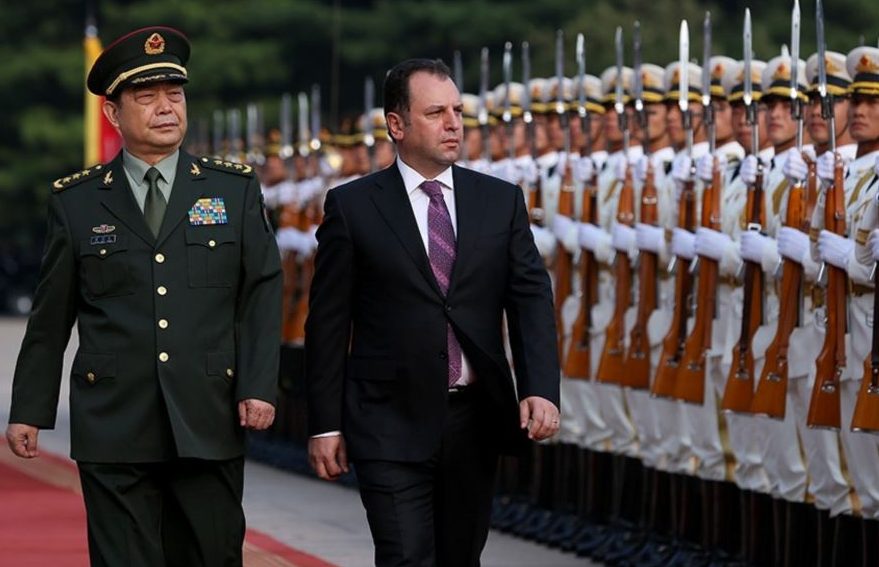 (Azatutyun). China’s Defense Minister Chang Wanquan and his visiting Armenian counterpart Vigen Sargsian reportedly agreed to deepen military ties between their countries when they met in Beijing on Monday.

“The sides concurred that it is necessary to step up efforts to deepen Chinese-Armenian cooperation in the area of defense, especially given the existence of potential for that,” the Armenian Defense Ministry said in a statement on their talks. “They reached an agreement to intensify mutual contacts.”

The two ministers signed after the talks an agreement on the release of 10 million yuans ($1.5 million) in fresh Chinese military aid to Armenia.

Earlier in the day, Sargsian visited the Beijing headquarters of the China Poly Group, a state-owned business conglomerate engaged, among other things, in exports of Chinese-made weapons. The Defense Ministry said he and top Poly Group executives “expressed readiness to continue active discussions on prospects for mutually beneficial bilateral defense cooperation.” No details were reported. “Agreements were reached on expanding cooperation and implementing a number of mutually beneficial projects in the area of defense,” the Armenian Defense Ministry said at the time.

News reports said in 2011 Armenia has acquired Chinese AR1A multiple-launch rocket systems with a firing range of more than 100 kilometers. Yerevan did not officially confirm that, though. So far the Armenian military has demonstrated only WM-80 rockets systems that were supplied by China in the late 1990s.

China’s President Xi Jinping and his Armenian counterpart Serzh Sarkisian apparently discussed defense issues at their March 2015 talks in Beijing. A 5-page joint communique released by them after the talks said the two nations will “continue their practical partnership in areas such as mutual visits by military delegations, training of military personnel, and provision of military aid.”

The declaration also said Xi and Sarkisian noted “mutual understanding on issues relating to pivotal interests and concerns of the two countries.”