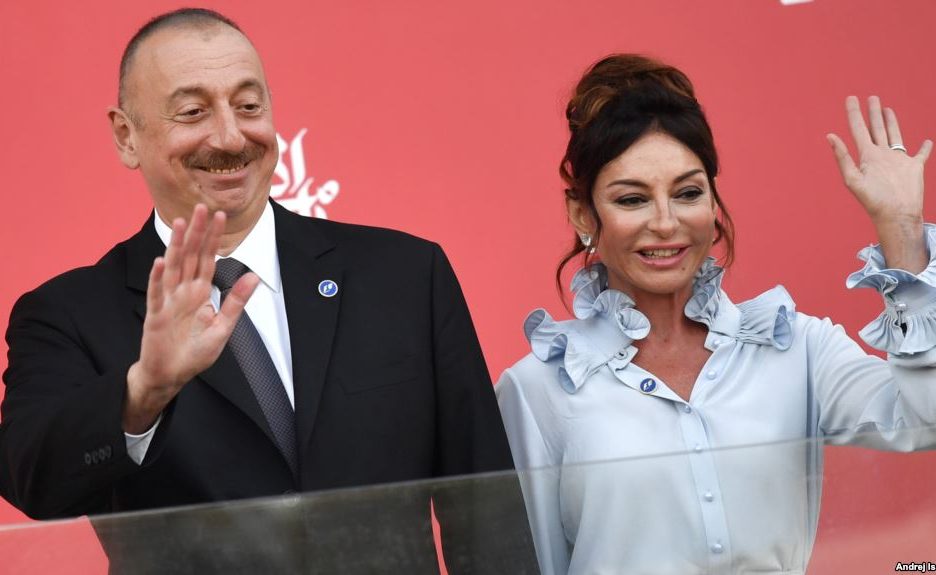 The report, released by the Organized Crime and Corruption Reporting Project (OCCRP) on Monday, says thousands of payments were channeled through four shell companies in Britain between 2012 and 2014 to buy “silence.” It found millions of dollars from the slush fund ended up in the accounts of companies and individuals across the globe.

A collaborative effort between the OCCRP and several media outlets in Europe, Russia, and the United States, the report said the origin of the fund was unclear “but there is ample evidence of its connection to the family of President Ilham Aliyev.”

Aliyev rejected the corruption allegations through his press office. “Neither the president, nor members of his family have any relation to the charges contained in the report by the Organized Crime and Corruption Reporting Project,” the office said in a statement.

The statement charged that the corruption investigation is the work of Soros and his “henchmen.” “The dirty deeds of George Soros need to be investigated,” it said. “The Armenian lobby working in concert with him has been waging a smear campaign against the president of Azerbaijan and members of his family.”

Aliyev’s office pointed to the apparently ethnic Armenian origin one of the three authors of an extensive article on the OCCRP investigation that was published by Britain’s “The Guardian” daily. “The fact that one of the authors of the article in ‘The Guardian’ is an Armenian, Dina Nagapetyants, once again proves that these blatant accusations are the latest dirty actions taken by the Armenians of the world.”

Aliyev has for years blamed Armenia and its worldwide Diaspora for mounting Western criticism of his regime’s poor human rights record. In 2012, he described “the Armenian lobby” as his nation’s number one enemy. The Azerbaijani government has since toughened its crackdown on dissent, jailing dozens of opposition members, civic activists and journalists. They included Khadija Ismayilova, an investigative journalist with RFE/RL’s Azerbaijani Service.

The OCCRP report, titled “The Azerbaijani Laundromat,” says at least half of the $2.8 billion came from an account held in the International Bank of Azerbaijan by a shady shell company allegedly linked to the Aliyevs. The next two biggest contributors to the fund, according to the report, were two offshore companies with direct connections to a “regime insider.”

Those close to, or part of, the regime not only handed out slush-fund cash, according to the report, but pocketed money for themselves, including Yaqub Eyyubov, Azerbaijan’s first deputy prime minister.

According to the report, some of the money went to pay off at least three European politicians, one journalist, and businessmen in a lobbying effort aimed at deflecting criticism of Baku. “This intensive lobbying operation was so successful that Council of Europe members voted against a 2013 report critical of Azerbaijan,” wrote “The Guardian.”

The Council of Europe, Europe’s top rights watchdog, is investigating alleged corruption over the vote, according to the BBC.

Aliyev swept into power in 2003 following the death of his father, Heydar Aliyev, a former KGB officer and Communist-era leader who had ruled Azerbaijan with an iron fist since 1993.