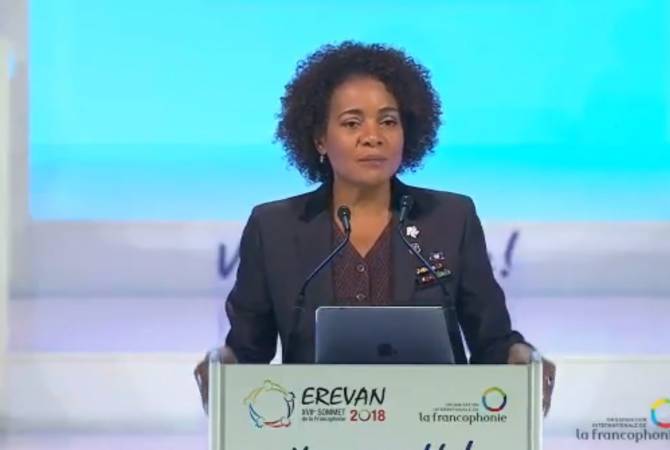 Secretary General of the International Organization of La Francophonie Michaelle Jean says Armenia and the Armenian soil can become the symbol of youth and hope.

“The Armenian land, the land of hope and memory, can become the symbol of youth and hope, the fulfillment of which depends on you,” Jean said in her remarks at the XVII summit of the organization in Yerevan, Armenia.

She said that her thoughts are with the victims of the Armenian Genocide, as well as the survivors.

“Armenia is alive and rich today. Armenia is rich with its diaspora, which is spread all over the world. Charles Aznavour was also an Armenian like that. Today, the Francophone world from five continents of the world is in Armenia. It is a great joy for us to be hosted here. Everything on the Armenian land binds us to commemorate, at the same time everything binds us to be sober,” she said.

Delegations from 84 countries and leaders of 38 countries have arrived to take part in the summit.

Armenia will assume chairmanship of the La Francophonie from Madagascar.

The summit will debate membership or status change bids.

The summit will take place today and October 12.

‘We must unite around not only slogans, but the future we want to build,’ Canada’s PM Justin Trudeau says in Yerevan summit