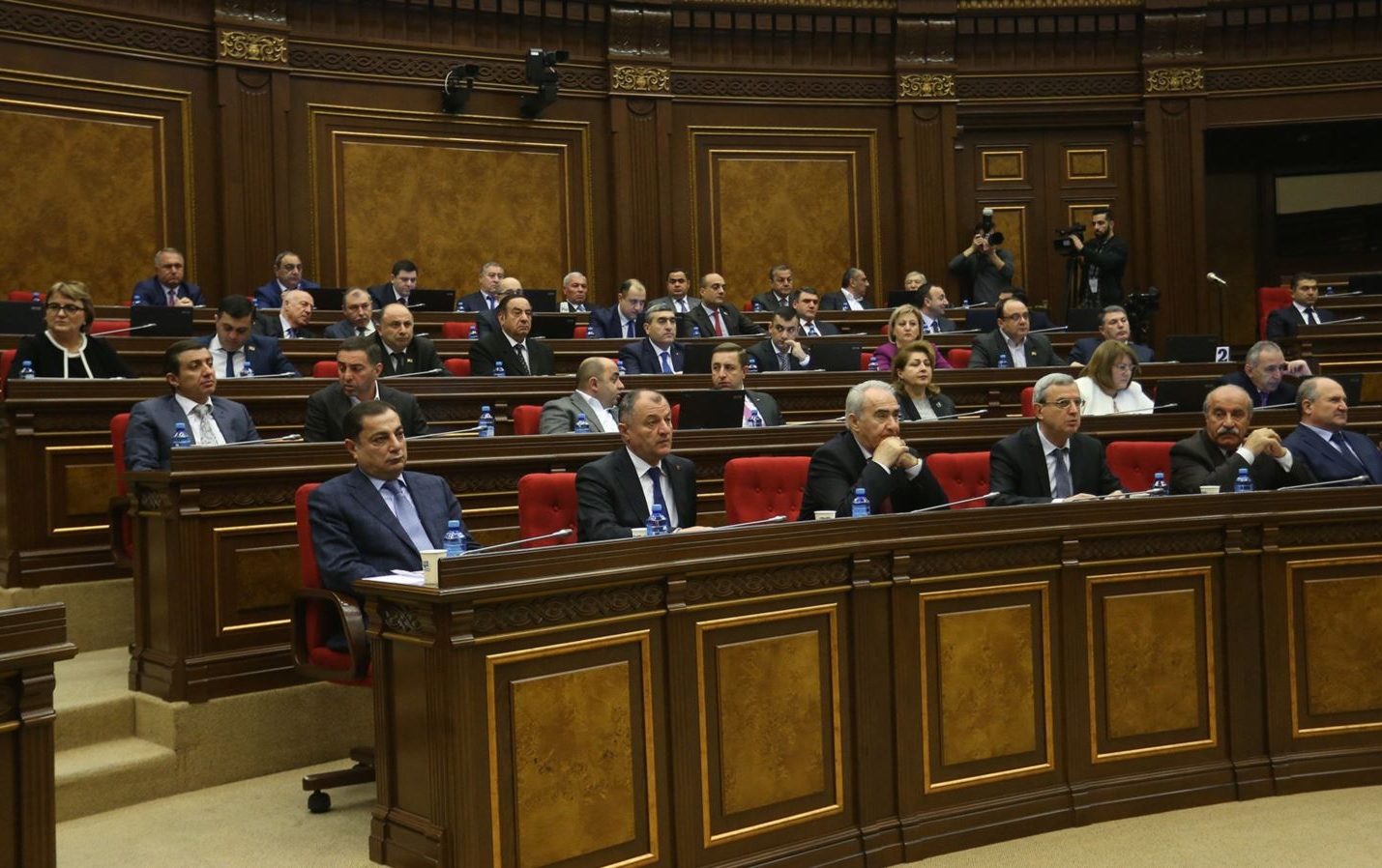 A leading member of the ruling Republican Party of Armenia (HHK) said on Sunday that it will not try to prevent a joint candidate of the three other parliamentary forces from becoming the country’s new prime minister.

Vahram Baghdasarian, who leads the HHK faction in the parliament, made this clear after meeting with opposition leader Nikol Pashinian, the main organizer of nationwide protests that have led to the resignation of Prime Minister Serzh Sarkisian.

“If the three other political forces represented in the National Assembly have a joint candidate … we will not block the candidate whom they will call the people’s candidate,” Baghdasarian told reporters. HHK deputies will not boycott Tuesday’s session of the parliament which is due to elect the next premier, he said.

Pashinian said he received the same assurances from Baghdasarian at their meeting. He said the HHK faction, which controls 58 of the 105 parliament seats, is “predisposed” towards letting him become prime minister.

The position announced by Baghdasarian still needs to be formalized by the largest parliamentary faction. Pashinian said that he will meet with HHK lawmakers later in the day or Monday.

Pashinian’s candidacy has been endorsed not only by his Yelk alliance but also Gagik Tsarukian’s bloc and the Armenian Revolutionary Federation (Dashnaktsutyun). The three forces hold a total of 47 parliament seats, meaning that the opposition leader needs to be also backed by at least six HHK parliamentarians if he is to succeed Sarkisian as prime minister.

Pashinian reaffirmed on Saturday his desire to serve as interim prime minister who would organize fresh general elections. But he said he is ready to discuss possible dates for such polls with the HHK and the other parliamentary forces.

The 42-year-old again declined to shed light on the composition of his would-be cabinet. He said only that once in office he will be striving for an “atmosphere of national accord and solidarity.”