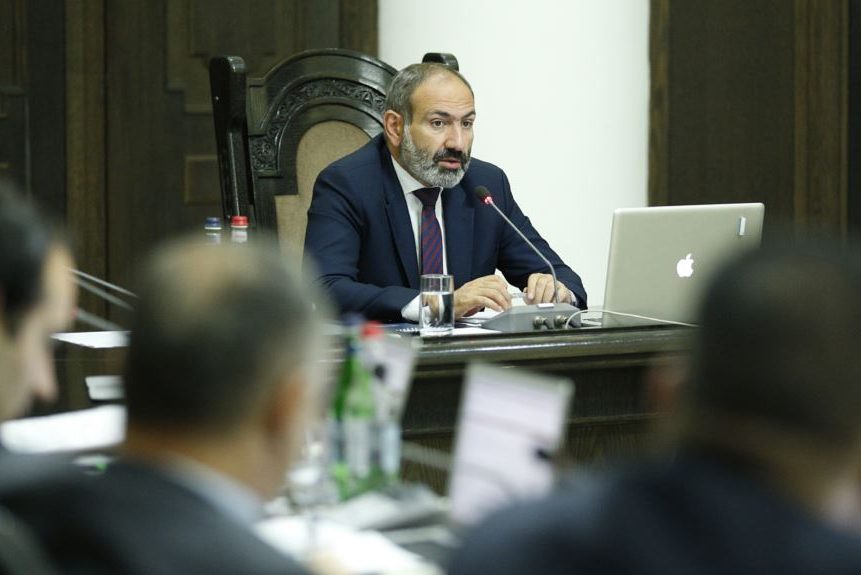 (Azatutyun)- Prime Minister Nikol Pashinian pledged to continue combatting corruption in Armenia in “the most resolute” way on Monday following the arrest of a retired army general accused of illegal arms possession and embezzlement.

Pashinian suggested that Manvel Grigorian is facing grave criminal charges as a result of “the most large-scale corruption revelation” in the country’s post-Soviet history. “I want to once again make clear that there will be no compromise with corruption, that corruption in the Republic of Armenia will be rooted out, and let nobody doubt that we will achieve this goal with the most resolute and most effective steps,” Pashinian told an emergency session of his cabinet.

“We can now explicitly note that our long-standing claims that the country is systematically plundered are being borne out and all participants of this plunder must be exposed and held accountable,” he said.

The premier spoke before ministers approved his proposal to initiate an extraordinary session of the Armenian parliament on Tuesday. The National Assembly will meet to discuss law-enforcement authorities’ request to lift Grigorian’s immunity from prosecution.

Grigorian, who represents the former ruling Republican Party (HHK) in the parliament, was arrested by the National Security Service (NSS) on Saturday on suspicion of illegal arms possession. The NSS also accused him of embezzling large amounts of food and other supplies meant for Armenian military personnel.

The 61-year-old ex-general, who has been a key backer of former President Serzh Sarkisian, denied any wrongdoing immediately after being taken into custody.

Prosecutor-General Artur Davtian said earlier on Monday that there is sufficient evidence to press criminal charges against Grigorian. For his part, Artur Vanetsian, the NSS director also present at the cabinet meeting, expressed confidence that the case “will have a judicial conclusion.”

Pashinian praised the NSS for exposing the alleged abuses. He hinted that more high-profile arrests could be made as part of the ongoing investigation which will now be conducted by another law-enforcement body, the Special Investigative Service.

“I as well as the Armenian public see no obstacles to identifying all participants of this case and holding them accountable, regardless of their ranks, statuses or related circumstances,” said the premier. “This case must be solved in full.”

Pashinian pledged to eradicate endemic corruption immediately after he swept to power last month in a wave of mass protests organized by him against the country’s previous leadership.

A Rohingya Muslim Lawyer Honoured with Humanitarian Prize in Armenia