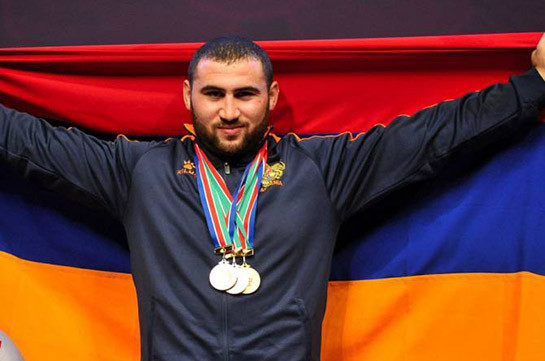 (Armradio)- Armenia’s  Simon Martirosyan has been voted the second best weightlifter in the world, according to the results of a poll on the  International Weightlifting Federation’s (IWF) website.

Talkhadze overwhelmed with his 17,084 votes, Armenian Simon Martirosyan was given 5,514 and third-placed Chinese Lyu Xiaojun earned 2,169 votes from the fans.

He won a silver medal at the 2016 Summer Olympics but is set to receive the Olympic gold after champion Ruslan Nurudinov of Uzbekistan tested positive on doping.