Armenophobia Has Become a State Policy in Azerbaijan: 30 Years After Baku Pogroms 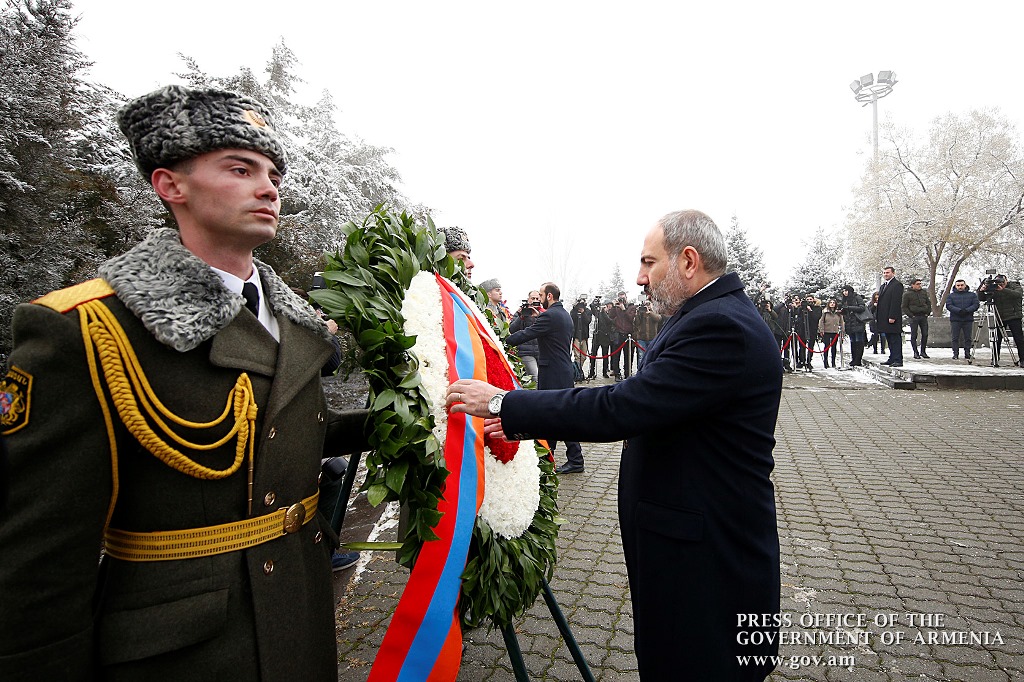 (Armradio),- Armenophobia has become a state policy and creed in Azerbaijan, Prime Minister Nikol Pashinyan said in a statement on the occasion of the 30th anniversary of anti-Armenian Pogroms in Baku.

“Today we commemorate the victims of pogroms, ethnic cleansings and mass deportations of the Armenians in Baku, the capital of Azerbaijan. Thirty years ago, the international community witnessed and condemned the massacres committed against the Armenian population in Baku,” the Prime minister said.

In 1990, as a result of the policy of repression and ethnic cleansing started by the Sumgait massacre, only 35-40,000 out of some 250,000 Armenians remained in Baku, mostly elderly and helpless people. Their fate was even more tragic: hundreds were killed, maimed and went missing; tens of thousands became refugees. This was the outcome of the anti-Armenian pogroms that raged in Baku for about a week.

“The Armenians living in Baku were not a threat to Azerbaijan, to its authorities or political forces. All they wanted was to continue living in their hometown where their ancestors had lived. However, they were viewed as a threat by Azerbaijan because of their ethnic origin,” PM Pashinyan continued.

“30 years after the aforementioned tragic events, there is no respect or compassion for the victims of Baku’s anti-Armenian massacres. Those few people who had courage to even refer in their literary works the tragedy of the Armenians went through in Baku, were publicly shamed and officially declared traitors,” the statement reads.

“Even today, perpetrators who committed atrocities against helpless people are regarded as heroes of Azerbaijan, while their crimes are considered a glorious chapter in the fight for Azerbaijan’s sovereignty and territorial integrity,” Nikol Pashinyan continued.

Regretfully, he said, the past three decades failed to be a time of reflection, repentance and reconciliation in Azerbaijan.

“In the meantime, we have witnessed attempts to exterminate the population of Artsakh, we have witnessed the release and glorification of the convicted murderer Ramil Safarov, in April 2016 we witnessed tortures and brutal killings of elderly and helpless people in Artsakh’s border settlements. Armenophobia has become a state policy and creed in Azerbaijan,” he stated.

“Today, we express our gratitude to all those international organizations and parliamentary bodies which responded and documented these events by condemning and exposing them to the world.

By paying tribute to the memory of our innocent victims, I declare with all responsibility that we will not allow new attempts to exterminate or deport Armenians. The Republic of Armenia, the Republic of Artsakh and all Armenians around the world will use their full potential to ensure the right of existence and peaceful development of the Armenian people in their historical motherland, including in Artsakh,” the Prime Minister concluded.

12 Deeds of Christmas: Love in Action