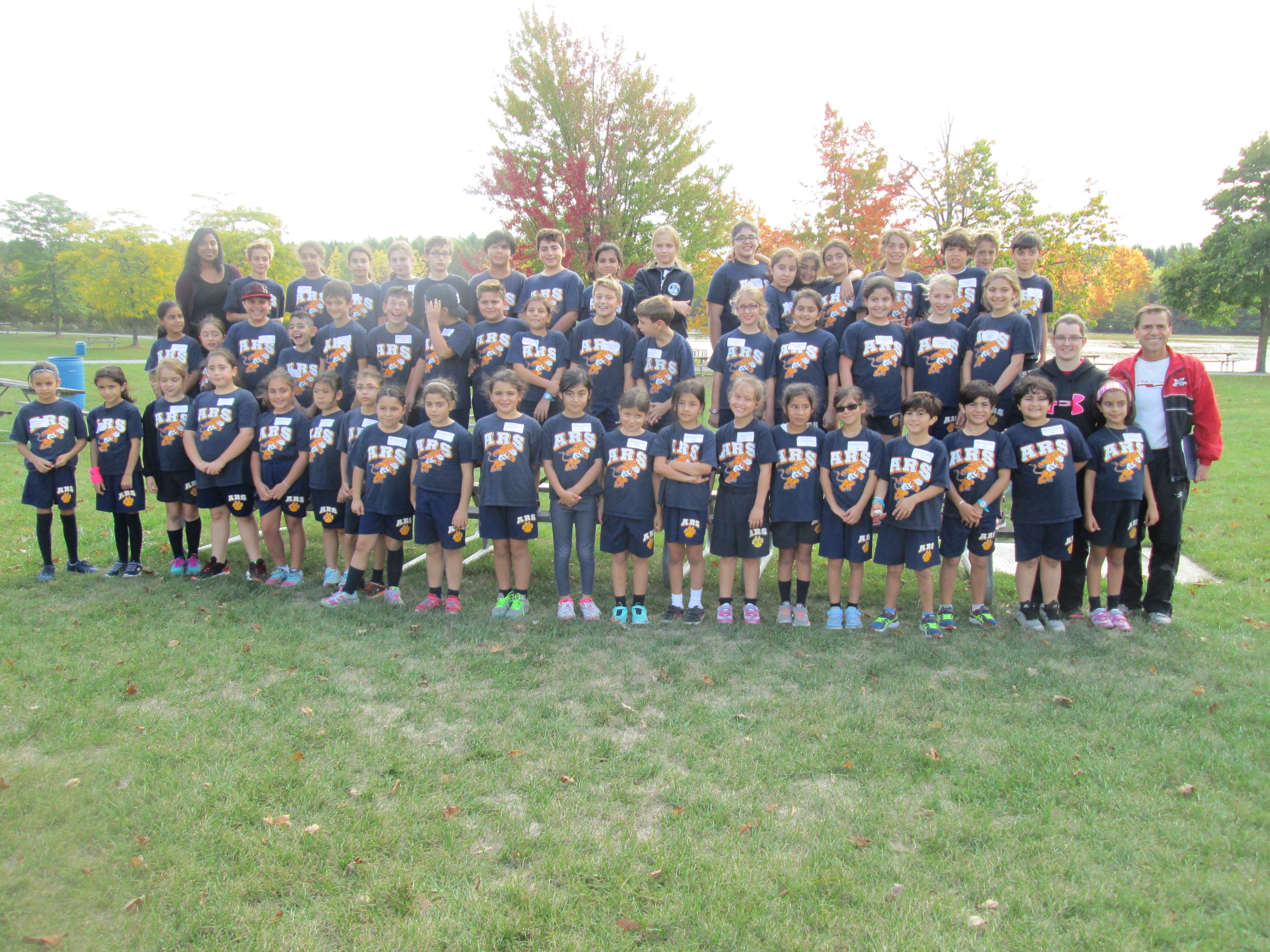 On October 4th, 2016 the Somerset Academy hosted its annual Cross Country Race for schools within the SSAF (Small School Athletic Federation). Once again the race was held at Milne Park which is located in Markham. There were 284 runners representing 12 schools.

The ARS school cross country team made up of 53 athletes from grades 3, 4, 5, 6, and 7 participated in 7 different age group categories (Under 8, Under 10, Under 12 and Elementary).  The team met at the ARS school in the morning and made their way to the cross country meet with their coaches and with the help of many volunteer parents.

Since the first day of school, the ARS cross country team members have been working very hard and have been practicing every day after school.  Athletic Director Alex Movel recruited a dedicated coaching team which included coaches Patricia McDowell, Vinoda  Maruth and Sam Manougian.  As the races for each age group started, all the ARS team runners showed a strong determination and ran extremely well and all the athletes recorded excellent results.  The top 5 finishers in each age group category would earn points towards the overall school team trophy which was to be presented at the end of the day.

The first races were for the boys and girls in the under 8 age group category.  The ARS runners recorded excellent results and totally dominated this age category placing an incredible 4 runners in the top 6 positions.  The top runners in this age group were:

In all the other age groups the ARS team consistently placed at least one runner in the top five to earn valuable team points towards the overall team trophy.  Here are their individual results:

After all the races were finished, all the teams gathered together as the top runners were presented with ribbons and medals.  All the teams were anxiously waiting to the team points to be calculated and the announcement of the team trophies.  There were team trophies for the top boys team, the top girls’ team and the overall school team.  The organizer announced the top girls’ team and called out ARS School.  The team, parents and coaches exploded with a great big cheer as the trophy was presented to ARS School.  Next would come the announcement of the top overall school and once again the organizer called out ARS School.  An even louder cheer erupted and the top overall school trophy was awarded to the ARS school.

All the runners enjoyed the excellent weather and after a great day of running, they returned to the school proud of what they had accomplished both individually and as a team.

Their experience as members of the ARS cross country team gave the students a strong work ethic as they showed up every day for practice and worked hard.  They became more disciplined and much better physically fit.  Their running and fitness will help all the athletes as they continue to train and participate in other sports such as basketball, volleyball and soccer.