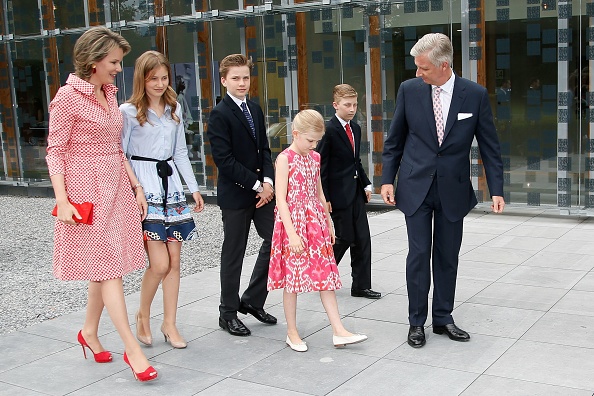 The Royal family of the Belgium monarchy are visiting Armenia on an unofficial family vacation. While there is no official confirmation or refutation concerning their exact whereabouts or itinerary, a source tells PanArmenia.net that the Royal family, including King Philippe, Queen Mathilde, Prince Gabriel, Prince Emmanuel, Princess Eleonore, and Princess Elizabeth, Duchess of Brabant, are in Armenia and have been lodging at Grand Hotel Yerevan.

Belgium is among several European countries that have established absolute, gender-neutral primogeniture, altering the order of succession from “eldest son” to “eldest child.” As such, and as per protocol, the King and the Heir apparent, Princess Elizabeth, arrived on separate airplanes, and continue to visit various historic and cultural sites through Armenia in separate modes of transportation, the source said.

The Royal family, according to the person familiar with the itinerary, is said to have visited the sacred site of Etchmiadzin, the world’s oldest Christian Church, as well as the ArmAs Estate and Winery, for an extensive tour and lunch where they where introduced The Renaissance of Armenian Wine. The Aslanian family who reportedly greeted them were not available for comment.

It seems that the 10-day vacation includes cultural trips to Tatev Monastery, Noravank, and Cafesjian Museum of Art. Thus far, the Royal family is said to be rather impressed with the quality of food, wine and hospitality in Armenia.

Pashinyan calls on Diaspora Armenian youth to return to Armenia