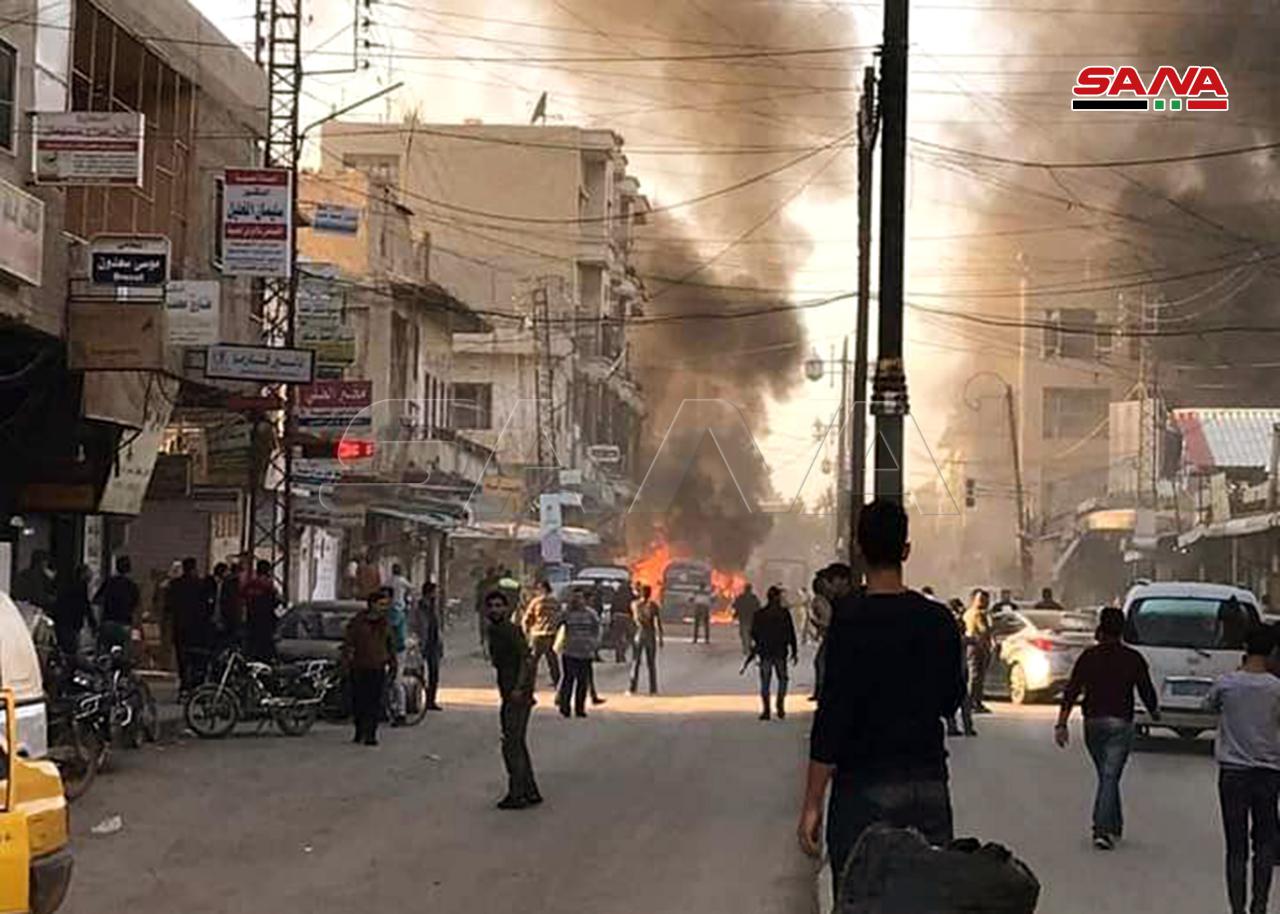 A scene from today’s blasts in Qamishli, Syria

One of the bombs detonated near the Armenian Catholic Church, Head of the Armenian National Assembly’s Standing Committee on Education, Science, Diaspora, Culture, Youth and Sport Mkhitar Hayrapetyan said in a Facebook post.

Sourses in Qamishli say no Armenians suffered as a result of the explosions.

The attacks came the same day an Armenian Catholic priest and his father were killed as they traveled to the eastern province of Deir  Zor from Qamishli, where they were meant to inspect the restoration of a church, according to the Syrian Observatory.

The Islamic State claimed responsibility for the murder.