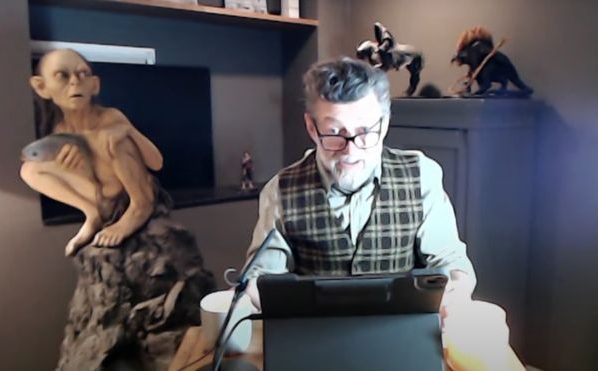 (Armradio)- British actor of Armenian descent Andy Serkis has raised more than £283,000 ($351,000) for charity by reading The Hobbit in full on a live stream, the BBC reports.

More than 650,000 people worldwide tuned in for the online performance of JRR Tolkien’s 1937 fantasy adventure.

Serkis, 56, played the corrupted character Gollum in the big-budget film trilogies Lord of The Rings and The Hobbit, directed by Peter Jackson.

Viewers followed via YouTube and his Go Fund Me page.

The donations will go to NHS Charities Together and baby charity Best Beginnings, for which Serkis is an ambassador.

“Thank you so much for joining me on this huge expedition we’re about to go on in our living rooms,” Serkis told viewers before he began the reading.

He thanked “the NHS and all the charities who are out there doing important work saving our lives and keeping us safe”.