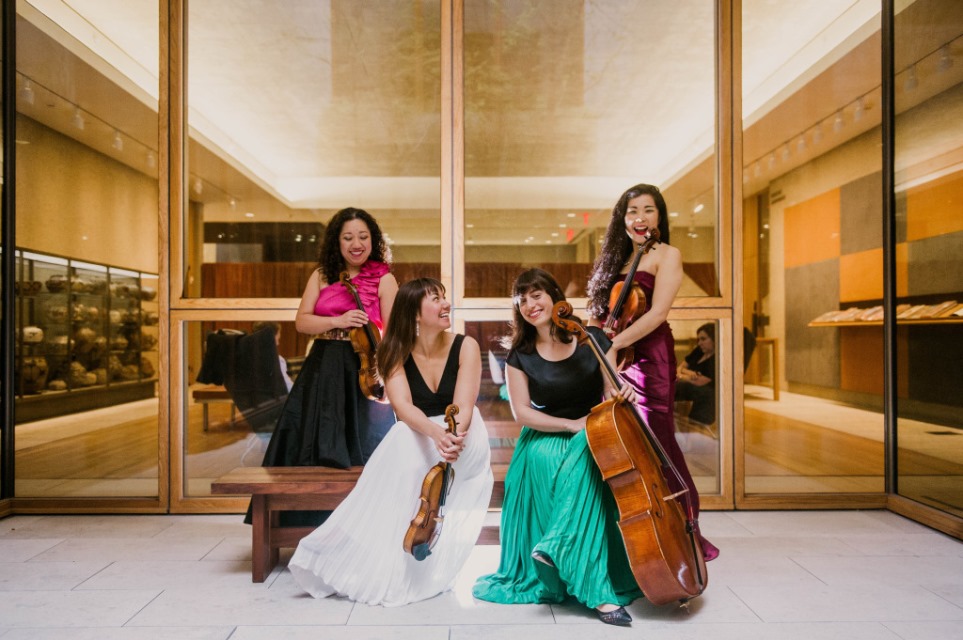 The triennial event took place May 13-21 in the string quartet and wind ensemble categories, which ran alongside masterclasses, concerts, and an informal Festa, with no age or repertoire restrictions.

Described as “radiant” and “expressive” (The New York Times) and “nothing less than gorgeous” (Memphis Commercial Appeal), cellist Karen Ouzounian approaches music-making with a deeply communicative and passionate spirit. At home in diverse musical settings, she has become increasingly drawn towards unusual collaborations and eclectic contemporary repertoire.

In addition to her work with the Aizuri Quartet, Ouzounian’s commitment to adventurous programming and the collaborative process has led to her membership in the Grammy-nominated, self-conducted chamber orchestra A Far Cry, and the critically-acclaimed new music collective counter)induction. Highlights of Ouzounian’s recent and upcoming seasons include performances of the Elgar Concerto in Chile with the Philharmonic Orchestra of Santiago, tours with the Silk Road Ensemble and Mark Morris Dance Group, recitals at the Caramoor Center for Music and the Arts with pianist Ieva Jokubaviciute, a tour of Japan with the Orpheus Chamber Orchestra, and tours with Musicians from Marlboro and Musicians from Ravinia’s Steans Music Institute. Additionally she has performed with The Knights, Trio Cavatina, and as guest principal of the St. Paul Chamber Orchestra, IRIS Orchestra, and Chamber Orchestra of Philadelphia.

Born to Armenian parents in Toronto, Ouzounian was a prizewinner at the 2012 Canada Council for the Arts Musical Instrument Bank Competition. She holds Master of Music and Bachelor of Music degrees from The Juilliard School, where she was a student of Timothy Eddy.