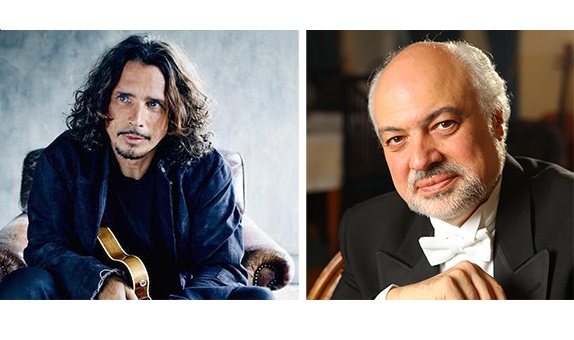 (Asbarez)- The late singer Christ Cornell and Armenian conductor Constantine Orbelian were among performers nominated for Grammy awards when the roster was announced Tuesday morning on CBS “This Morning.”

Cornell was nominated in Best Rock Performance category for his song, “The Promise,” which was the theme song for the eponymous film about the Armenian Genocide that premiered in April in the United States.

Cornell, who was best known as the lead vocalist, primary songwriter, and rhythm guitarist for the band Soundgarden and as lead vocalist and songwriter for Audioslave, died in Detroit on May 17. He was 52.

Last month the Armenian National Committee of American-Western Region honored Cornell with a special tribute during its annual gala. Earlier this month, Cornell was honored at the Arpa International Film Festival 20th anniversary banquet and was posthumously awarded.

Orbelian’ is the General and Artistic Director of the Yerevan Opera House, which in 2018 will mark the establishment’s 85th anniversary as well as the 150th anniversary of Armenian opera

Another album featuring Orbelian was nominated for Grammy 2015.

The 60th Grammy Awards will be held on January 28 at Madison Square Garden in New York and will be broadcast live on CBS.