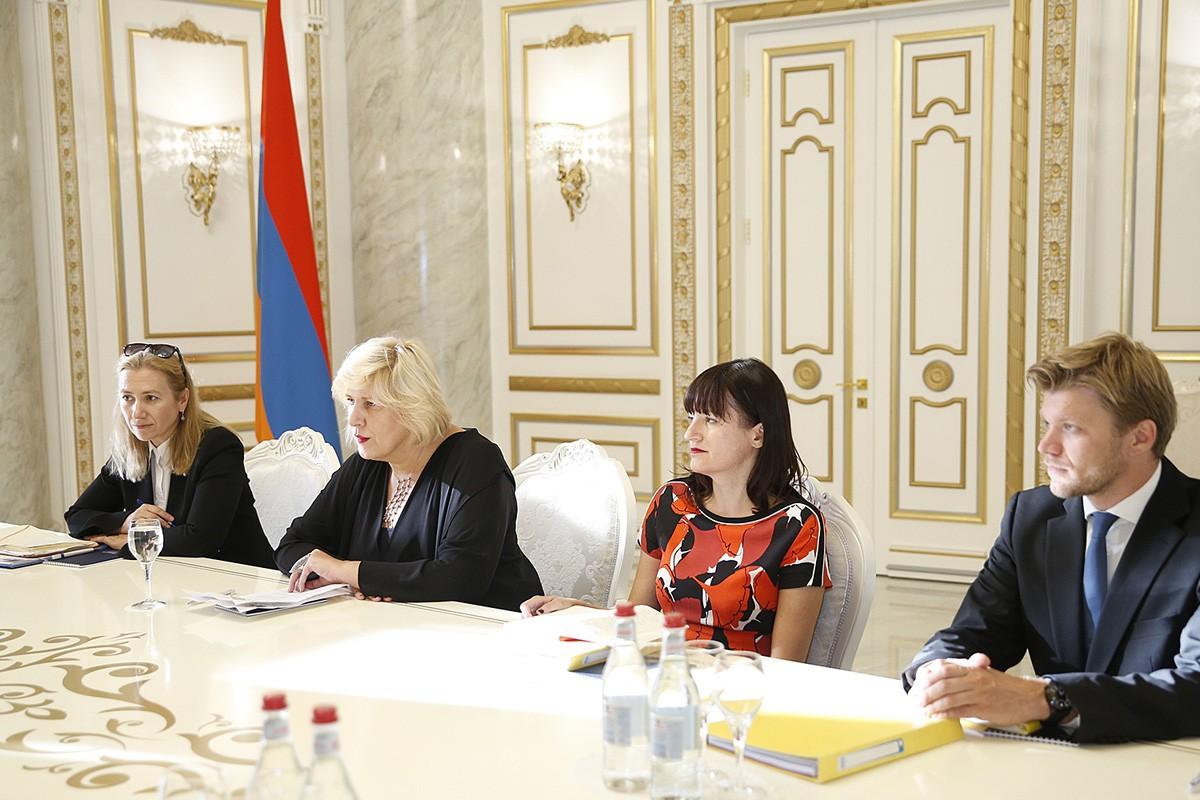 The Council of Europe Commissioner for Human Rights, Dunja Mijatović, today published the report of her visit to Armenia carried out in September 2018.

“Hetq”,- The report focuses on women’s rights, gender equality and domestic violence; the human rights of disadvantaged or vulnerable groups; and accountability for past human rights violations.

“Finding that women in Armenia remain significantly underrepresented in public decision-making, the Commissioner urges the authorities to ensure women’s full and effective participation, as well as equal opportunities for leadership at all levels of public life, equal pay and equal access to the labour market. In order to counter the persisting discriminatory gender stereotypes, Commissioner Mijatović recommends raising public awareness and promoting gender equality, especially through education.”

The report also focuses on the  human rights of persons with disabilities, children, older persons and LGBTI people.

“While welcoming the authorities’ clear commitment towards de-institutionalisation of persons with disabilities, the Commissioner recommends that revised legislation governing state support to persons with disabilities ensure their inclusion in all decision-making processes that concern them. In particular, she calls on the authorities to put an end to plenary guardianship for persons with psycho-social disabilities and to move from a substituted to a supported decision-making model for all persons who may require such support.”

The Commissioner encourages the government to achieve its aim to make all education fully inclusive by 2025.

“Commissioner Mijatović recommends that Armenia strengthen its efforts to combat child poverty and to guarantee the right of all children to an adequate standard of living. She is particularly concerned by the placement in state care of children whose parents face socio-economic difficulties.”

Mijatović also addresses the inadequate level of social protection of older persons in Armenia and recommends “raising the overall level of old age pensions, increasing the availability of primary and specialised health care at the home or in the community, and tackling the shortage of medical professionals specialised in geriatric services.”

The Commissioner further recommends that the authorities promptly adopt a comprehensive anti-discrimination law which should specifically include a clear reference to sexual orientation and gender identity.

In her report, the Commissioner also refers to measures underway to finally establish the truth and prosecute those responsible for the deaths that occurred during the violent events of March 2008.

In this regard, she “stresses the importance of ensuring that this process is conducted in a careful manner and in strict adherence to the principles of rule of law, judicial independence, transparency and guarantees of fair trial, in order to dispel any accusations of alleged revenge politics or selective justice. She also calls on the Armenian authorities to protect the presumption of innocence of any person charged with criminal misconduct and to avoid using polarising, stigmatising or inflammatory language in their public discourse, which the Commissioner believes to be an obstacle to building a cohesive society and healing past divisions. “