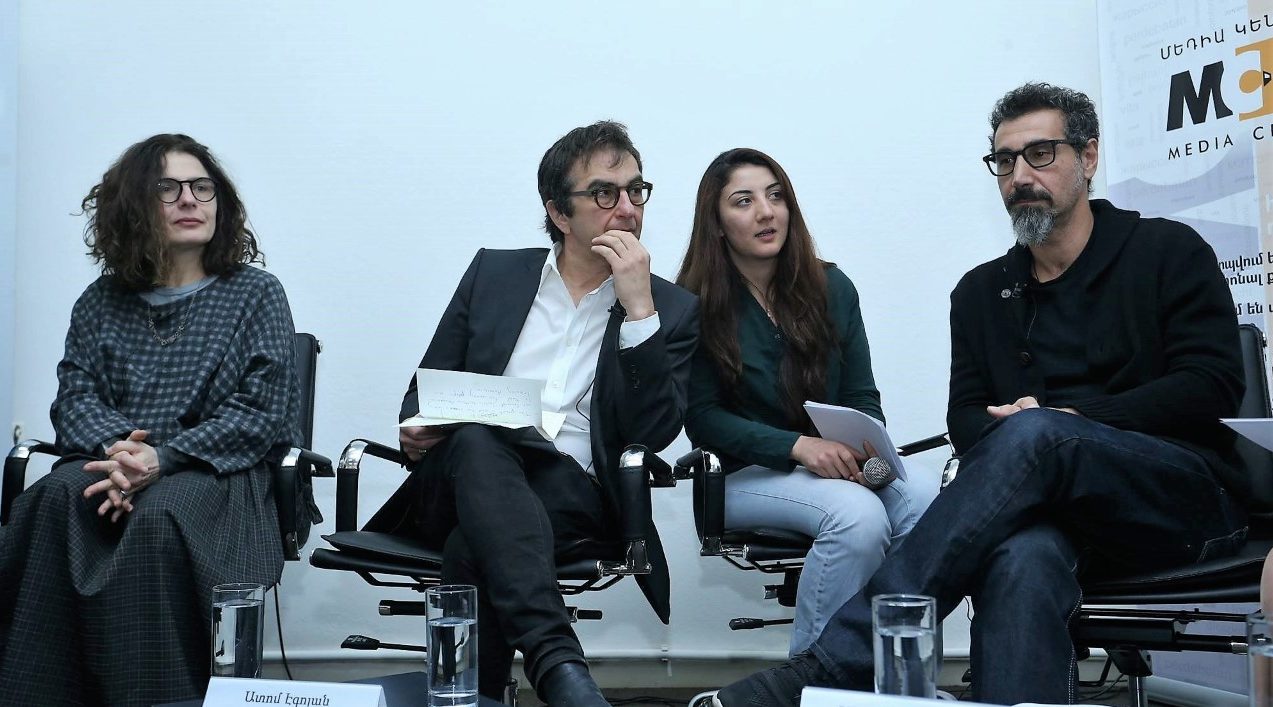 “It’s an honor to be here and participate in the elections as monitors,” Serj Tankian told a press conference in Yerevan today.

“We started the initiative “Justice within Armenia” last year because we were afraid of what might happen in Armenia given the Sasna Tsrer situation and given the escalation of tension within the country after years of injustice and years of apathy. We wanted to participate in the election to help create justice within Armenia,” he said.

Born in Armenia, but raised in the US from the age of four, Erik Nazaruan said he feels more and more ‘exiled’ in Armenia.

“We want to understand the mechanism of this voting, to reveal the shortcomings and opportunities. We don’t want to feel like tourists in our country,” he said.

The director added he wants the attitude towards Diaspora Armenians to change. “One does not need to live in Armenia to be an Armenian. Ayvazovsky had never seen Ararat, when he painted it. Kirk Kirkoryan never lived here, but did a lot for Armenia,” he noted.

“We must develop our democratic muscle around our strong old bones. We must not fall victim to tyranny, and most profoundly, self-tyranny and apathy. We are here to observe a prosperous and sustainable future,” Atom Egoyan said. He said that “the decision not to vote in the Sunday election is self-tyranny.

Arsine Khanjyan said 300 observers from the Diaspora will travel to regions of Armenia throughout the day, and visit polling stations in different cities and villages of the country and return to Yerevan in the evening.

Serj Tankian said they do not support any of the political forces running in the elections. “The will of the people is the most important to us in these elections,” he said.

“We are not professional monitors. Our mission as artists is to encourage you to go and vote,” Tankian added.

Elton John: What happened to Armenians was awful – Video

ANCC launches “Turkey: Thirty Days of Shame” Campaign Revealing the Reality Behind the State of Turkey